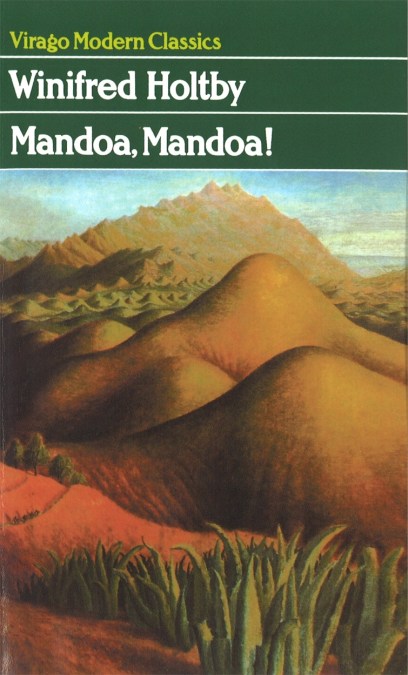 by Winifred Holtby
Mandoa is a small African state. At its head a virgin princess conceives (immaculately) further princesses. The old traditions are undisturbed until the Lord High Chamberlain visits Addis and discovers baths and cocktail shakers, motor cars and telephones. This is 1931. 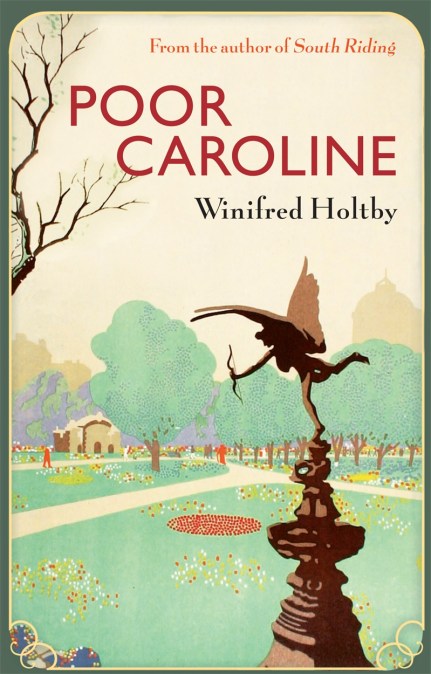 by Winifred Holtby
Caroline Denton-Smyth is an eccentric, dressed in trailing feathers and jangling beads, peering out from behind her lorgnette. Sitting alone in her West Kensington bedsitter, she dreams of the Christian Cinema Company – her vehicle for reform. For Caroline sees herself as a pioneer, one who must risk everything for the ‘Cause of the Right’. Her Board of Directors is a motley crew including Basil St Denis, upper crust but impecunious; Joseph Isenbaum, aspiring to Society and Eton for his son; Eleanor de la Roux, Caroline’s independent cousin from South Africa; Hugh Macafee, a curt Scottish film technician; young Father Mortimer, scarred from the First World War; and Clifton Johnson, a seedy American scenario writer on the make. Winifred Holtby affectionately observes the foibles of human nature in this sparkiling satire, first published in 1931. 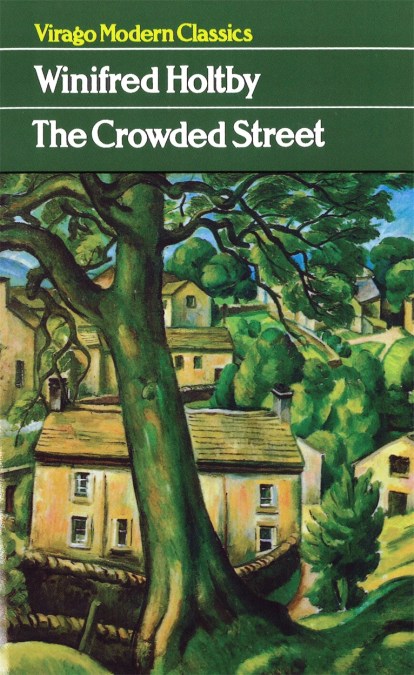 by Winifred Holtby
This is the story of Muriel Hammond, at twenty living within the suffocating confines of Edwardian middle-class society in Marshington, a Yorkshire village. A career is forbidden to her. Pretty, but not pretty enough, she fails to achieve the one thing required of her – to find a suitable husband. Then comes the First World War, a watershed which tragically revolutionises the lives of her generation. But for Muriel it offers work, friendship, freedom, and one last chance to find a special kind of happiness… 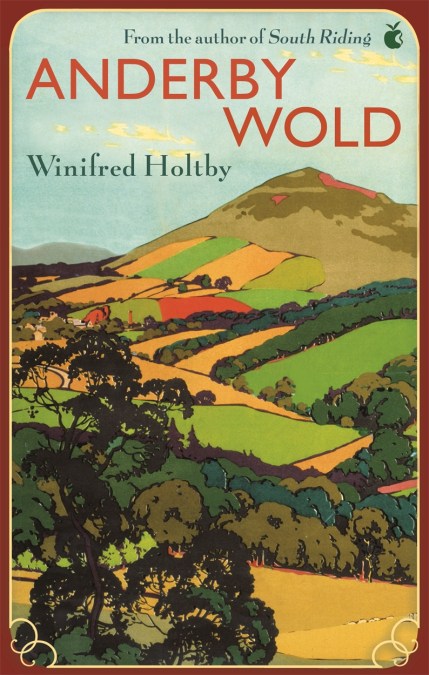 by Winifred Holtby
Mary Robson is a young Yorkshire woman, married to her solid, unromantic cousin, John. Together they battle to preserve Mary’s neglected inheritance, her beloved farm, Anderby Wold. This labour of love – and the benevolent tyranny of traditional Yorkshire ways – have made Mary old before her time. Then into her purposeful life comes David Rossitur, red-haired, charming, eloquent: how can she help but love him? But David is a young man from a different England, radical and committed to social change. As their confrontation and its consequences inevitably unfold, Mary’s life and that of the calm village of Anderby are changed forever. 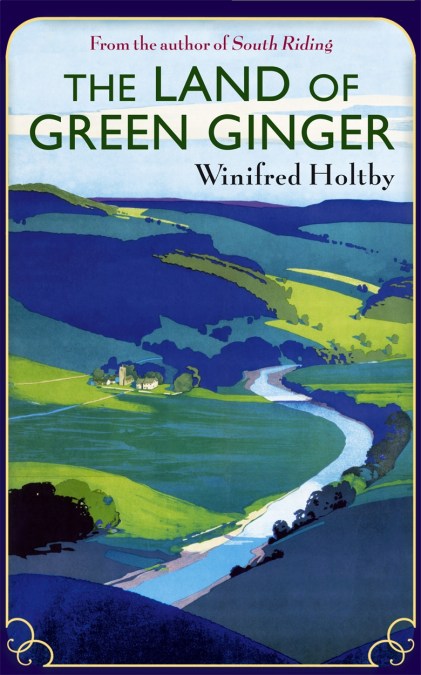 The Land Of Green Ginger

by Winifred Holtby
Joanna Burton was born in South Africa but sent by her missionary father to be raised in Yorkshire. There she dreams of the far-off lands she will visit and adventures to come. At eighteen, tall and flaxen-haired, she meets Teddy Leigh, a young man on his way to the trenches of the First World War. Joanna has been in love before – with Sir Walter Raleigh, with the Scarlet Pimpernel, with Coriolanus – but this is different. Teddy tells her he’s been given the world to wear as a golden ball. Joanna believes him and marries him, but the fabled shores recede into the distance when, after the war, Teddy returns in ill health. The magic land turns out to be the harsh reality of motherhood and life on a Yorkshire farm. Yet still she dares to dream. 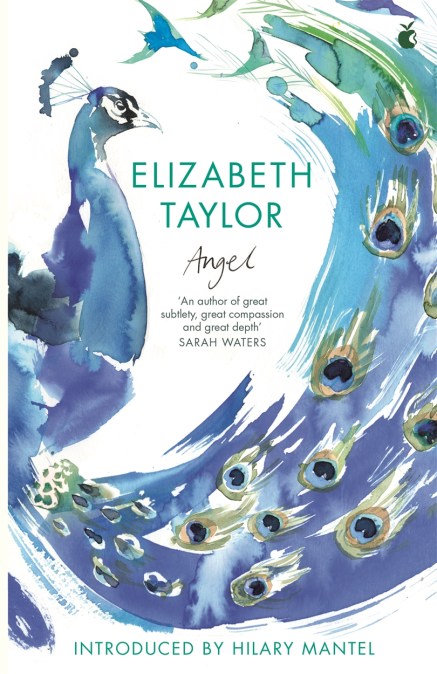 Elizabeth Taylor is finally being recognised as an important British author: an author of great subtlety, great compassion and great depth – Sarah Waters


Writing stories that are extravagant and fanciful, fifteen-year old Angel retreats to a world of romance, escaping the drabness of provincial life. She knows she is different, that she is destined to become a feted authoress, owner of great riches and of Paradise House . . .

After reading The Lady Irania, publishers Brace and Gilchrist are certain the novel will be a success, in spite of – perhaps because of – its overblown style. But they are curious as to who could have written such a book – an elderly lady, romanticising behind lace curtains? A mustachioed rogue?

They were not expecting it to be the pale, serious teenage girl, sitting before them without a hint of irony in her soul.

‘Her stories remain with one, indelibly, as though they had been some turning-point in one’s own experience’ Elizabeth Bowen 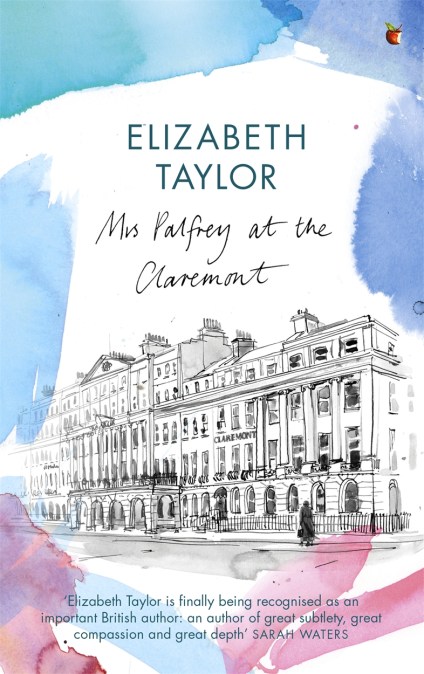 Mrs Palfrey At The Claremont

On a rainy Sunday in January, the recently widowed Mrs Palfrey arrives at the Claremont Hotel where she will spend her remaining days. Her fellow residents are magnificently eccentric and endlessly curious, living off crumbs of affection and snippets of gossip. Together, upper lips stiffened, they fight off their twin enemies: boredom and the Grim Reaper.

Then one day Mrs Palfrey strikes up an unlikely friendship with an impoverished young writer, Ludo, who sees her as inspiration for his novel.

‘Elizabeth Taylor’s exquisitely drawn character study of eccentricity in old age is a sharp and witty portrait of genteel postwar English life facing the changes taking shape in the 60s . . . Much of the reader’s joy lies in the exquisite subtlety in Taylor’s depiction of all the relationships, the sharp brevity of her wit, and the apparently effortless way the plot unfolds’ -Robert McCrum ‘the 100 best novels’, Guardian 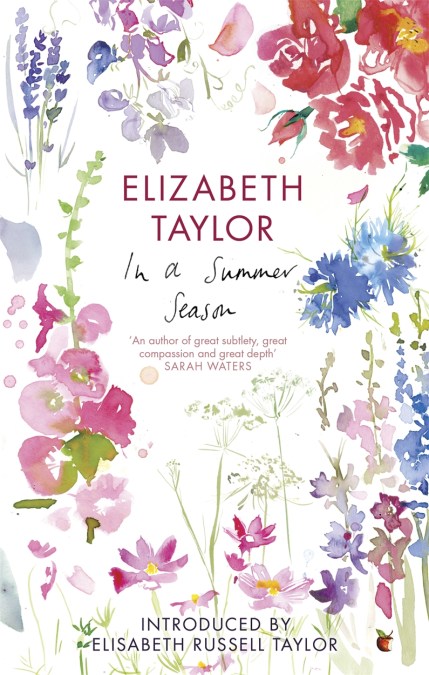 In A Summer Season

by Elizabeth Taylor
In a Summer Season is one of Elizabeth Taylor’s finest novels in which, in a moving and powerful climax, she reveals love to be the thing it is: beautiful, often funny, and sometimes tragic.

‘You taste of rain’, he said, kissing her. ‘People say I married her for her money’, he thought contentedly, and for the moment was full of the self-respect that loving her had given him.

Kate Heron is a wealthy, charming widow who marries, much to the disapproval of friends and neighbours, a man ten years her junior: the attractive, feckless Dermot. Then comes the return of Kate’s old friend Charles – intelligent, kind and now widowed, with his beautiful young daughter. Kate watches happily as their two families are drawn together, finding his presence reassuringly familiar, but slowly she becomes aware of subtle undercurrents that begin to disturb the calm surface of their friendship. Before long, even she cannot ignore the gathering storm . . . 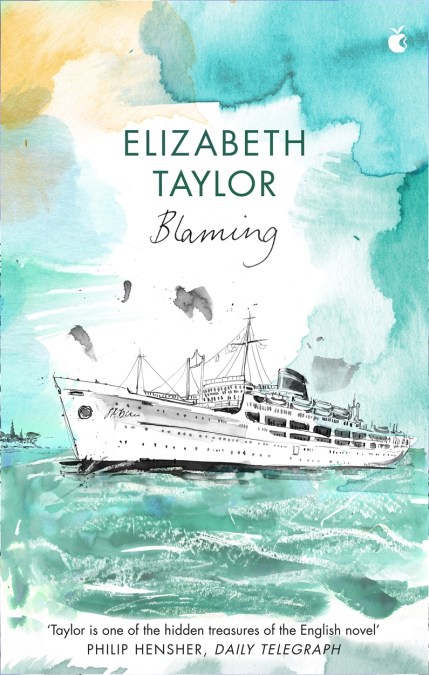 by Elizabeth Taylor
‘How deeply I envy any reader coming to her for the first time!’ Elizabeth Jane Howard

A finely nuanced exploration of responsibility, snobbery and culture clash from one of the twentieth century’s finest novelists.

When Amy is suddenly left widowed and alone while on holiday in Istanbul, Martha, an American traveller, comforts her and accompanies her back to England. Upon their return, however, Amy is ungratefully reluctant to maintain their relationship, recognising that, under any other circumstances, the two women would not be friends. But guilt is a hard taskmaster, and Martha has away of getting under one’s skin …

‘Her stories remain with one, indelibly, as though they had been some turning-point in one’s own experience’ Elizabeth Bowen

‘A Game of Hide and Seek showcases much of what makes Taylor a great novelist: piercing insight, a keen wit and a genuine sense of feeling for her characters’ Elizabeth Day, Guardian 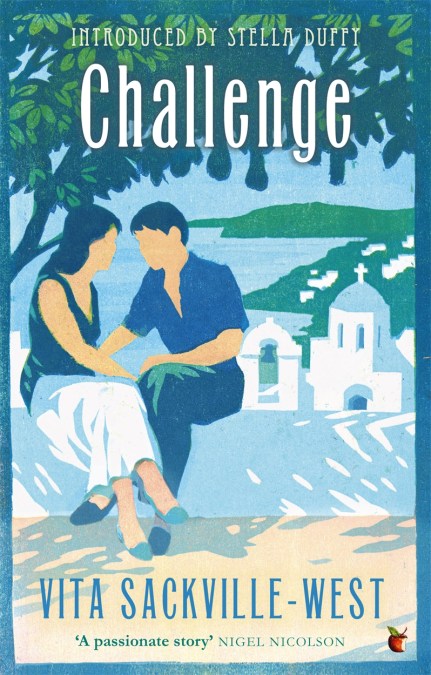 by Vita Sackville-West
CHALLENGE was Vita Sackville-West’s second novel. It was ready to go to print in 1920, but the author suddenly changed her mind. This was not because she lacked confidence in her work, but because of the scandal it would have caused. CHALLENGE remained unpublished for over fifty years.

Vita’s love affair with Violet Trefusis had reached its peak, and, eloping to France, they decided to abandon everything and everyone – children and husbands included – to spend the rest of their lives together. Although they returned to their families eventually, CHALLENGE remains a testament of their love, and was written during that period.

The hero, Julian, might be a Byronic young Englishman, and Eve the woman he adores; it may be an adventure tale about a revolt on a Greek island. But really, this is a love story, written in the presence of the beloved, and inspired by her. And, as its title implies, the novel is a challenge to the society that condemned Vita and her lover. 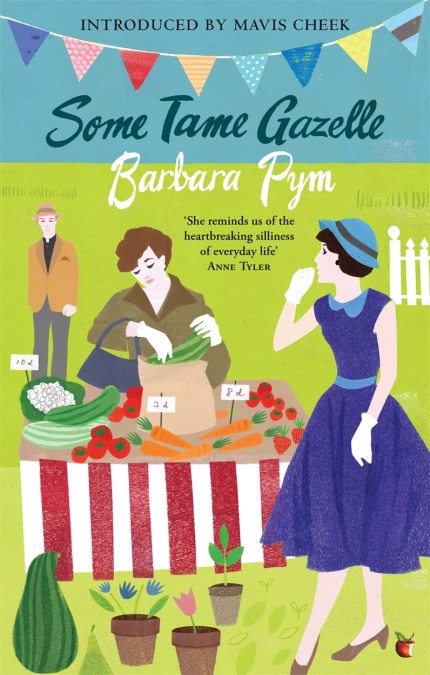 by Barbara Pym
‘She is the rarest of treasures; she reminds us of the heartbreaking silliness of everyday life’ Anne Tyler

It was odd that Harriet should always have been so fond of curates. They were so immature and always made the same kind of conversation. Now the Archdeacon was altogether different . . . ‘

Together yet alone, the Misses Bede occupy the central crossroads of parish life. Harriet, plump, elegant and jolly, likes nothing better than to make a fuss of new curates, secure in the knowledge that elderly Italian Count Ricardo Bianco will propose to her yet again this year. Belinda, meanwhile has harboured sober feelings of devotion towards Archdeacon Hochleve for thirty years.

Then into their quiet, comfortable lives comes a famous librarian, Nathaniel Mold, and a bishop from Africa, Theodore Grote – who each take to calling on the sisters for rather more unsettling reasons. 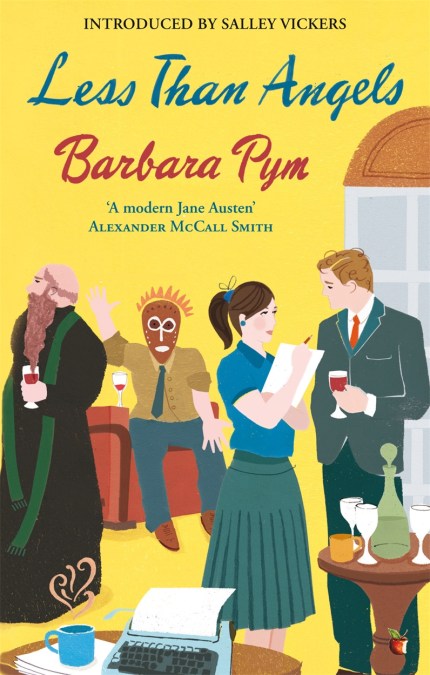 by Barbara Pym
‘She is the rarest of treasures; she reminds us of the heartbreaking silliness of everyday life’ Anne Tyler

Less Than Angels follows the loves, works and hopes of a group of young anthropologists.

Catherine Oliphant is a writer and lives with handsome anthropologist Tom Mallow. Their relationship runs into trouble when he begins a romance with student Deirdre Swann, so Catherine turns her attention to the reclusive anthropologist Alaric Lydgate, who has a fondness for wearing African masks. Added to this love triangle are the activities of Deirdre’s fellow students and their attempts to win the competition for a research grant.

The course of true love or academia never did run smooth.
Next Page