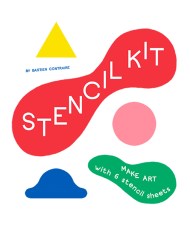 FIRE UP YOUR CHILD'S ARTISTIC IMAGINATION. Be inspired by Bastien Contraire and combine the shapes with your own drawings to make amazing stencil art! FROM…