Mariam & Laila in A Thousand Splemdid Suns by Khaled Hosseini: 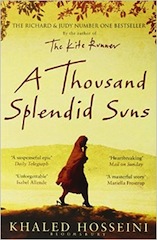 I loved this book for many reasons, one of them being the incredible portrayal of the strength of the female bond through the relationship that develops between Mariam and Laila. Both women are subjected to dangerous and traumatic situations under the Taliban and at the hands of their cruel husband, yet they find their salvation in one another. When their shared husband, Rashid favours the young and beautiful Laila over his first wife, Mariam is initially bitter and angry, yet as time rolls on and life for women in Afghanistan becomes even more unbearable, Mariam takes Laila under her wing and the women form an unbreakable alliance and bond that enables them to survive, together.

In the end, as an ultimate act of love, Mariam sacrifices herself in order to protect Laila and to save her life, and I don’t believe I’ve read anything that shows such a powerful sisterhood bond since I read this book. – Jeska

Celie & Nettie in The Colour Purple by Alice Walker 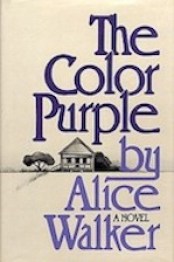 This book is about both biological sisterhood, between Celie and Nettie, and the bonds between women in the patriarchal world they reside in. It is the power of sisterhood that helps them realise their worth, particularly explored in Celie’s personal development through her friendship with Shug. I love this book and what it says about the vital importance of mutual female support. – Abbie 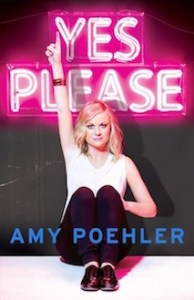 She’s not a fictional character, but she more than personifies the idea of Sisterhood!

I recently read Yes Please by Amy Poehler and finished it wanting not only to be Amy’s best friend but an instant need to tell my female friends I loved them, respected them and valued them. In her memoir, Amy cites the uphill battles she faced to be treated equally as a female comedian and presenter in Hollywood. Amy stresses the importance of female friendships and relationships, where she would and wouldn’t be without them. Her friendship with fellow comedian Tina Fey is world famous (they have hosted the Golden Globes together three times) and it’s so refreshing to see two women unite and become stronger as a pair rather than tearing each other down. Yes Please is smart, hilarious and unequivocally right.

You think Taylor Swift was the original squad? Think again, Tina and Amy were nailing this in the nineties. – Ella

The March Sisters in Little Women by Louisa May Alcott 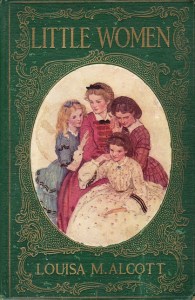 In this book each of the sisters epitomizes, in a rather cliché but oh so charming way, one aspect of sisterhood, Meg is the most beautiful and also the closest to womanhood, she is a bit of a mother figure and the one the others look up to, Joe has a strong personality, she adores her sisters and is always on hand to devise game or plays, Beth is kindness personified, she is quiet, wise beyond her years and always manages to restore peace to the family, Amy is the youngest one and logically wants to act older, she can often seem a bit vain or self-centred but she loves her sisters dearly.

Each of them, except maybe Beth, has her own flaws but as different as they may be they complete each other perfectly and all through their arguments and the troubles they face they never cease to love and care for each other, between the four of them they form the archetype of the perfect sister. – Marie

The Price Sisters in The Poisonwood Bible by Barbara Kingsolver 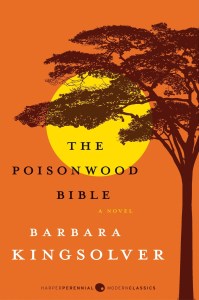 Four sisters move from Georgia to the Belgian Congo at a time of political unrest and volatility, brought by their father, a preacher, who dreams of converting the local population. Each respond to this huge change to their lives in a different way, through family tragedy and the upheaval of independence. By the end of the book, the sisters, now grown women, have found their own relationship with the new country in which they live, and with each other. – Alice

If you liked this post then why not catch up on…

Christina Hopkins talks about what sisterhood means to her

What sisterhood means to me by Christina Hopkinson

Sisters in crime by Catriona McPherson