What could be more perfect, ahead of Valentine’s Day, than an insider guide to Spring in the most romantic city in the world? These Dividing Walls author Fran Cooper shares her favourite spots.
Is there anything more romantic than the idea of Paris in the spring? Those days when it’s warm enough to walk around without a jacket; when the trees along the Seine are in leaf and bloom, and birdsong mingles with the accordion music being played on the bridges. Of course, this vision doesn’t quite take into account the proliferation of dog’s mess underfoot, or the crazed Parisian motorcyclists who roar gleefully past you, or the thousands of tourists clamouring for the most picturesque photograph. That was the Paris I tried to capture in These Dividing Walls – one that’s beautiful, yes, but messy, complicated and troubled, too. But that being said, there’s no denying that Paris has its moments of simply breathtaking beauty, and for my money many of those creep up on you on an idyllic spring afternoon when you suddenly spot the city at its most charming.
I imagine plenty of Parisians are dreaming of those spring days right now, as they cope with some of the fiercest snow storms of recent years. So for anyone who might want to take a little séjour (whether real or imaginary) in Paris this spring, here are some of the places I most enjoyed visiting during my three years in the city…
The Jardin du Luxembourg is one of the Left Bank’s jewels. It combines everything you might possibly want in a park – lush green lawns, an ornamental lake for racing toy boats, formal flower gardens, tree-lined walkways, and groups of extremely professional chess players competing on the park’s free boards. This is the perfect place to while away a springtime afternoon, not least because Parisian parks have dozens of reclining garden chairs at your disposal – perfect for settling in with a friend or a book!

On the other side of the river, escape the bustling medieval streets of the Marais in the gardens of the Archives Nationales. The archives are housed in the Hôtel de Soubise, a private home dating back to 1375 and largely remodelled in the eighteenth century, but the gardens are open to all and provide a little oasis of calm amidst one of Paris’s most fun and chaotic quarters. If you’re looking for something a little grander, take an ice cream to the Place des Vosges or the gardens of the Palais Royal – both have plenty of tree-shaded benches on which to people watch.

If you’re willing to venture a little further afield, take metro line 10 to its last stop and marvel at the gardens of the Musée Albert Kahn – a hidden gem of a museum dedicated to the early days of photography. English, French and Japanese gardens are a riot of colour, especially at this time of year when the cherry trees are in blossom. And of course, if you’re willing to leave the city for a day, nothing beats the magic of Monet’s gardens and waterlily pond at Giverny, which are every bit as beautiful as his paintings. 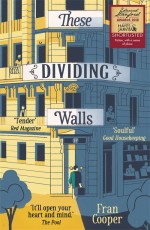 These Dividing Walls is out now in paperback.

Camembert, parsnips and sherry – we ask, what is your go-to Christmas dish?