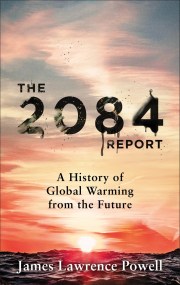 As his health begins to fail, a historian in the year 2084 sets out to document the irreparable damage climate change has wrought on the…