I came back with a mantra from my recent trip to the Romance Writers of America conference in New York. It was “fascinating characters with worthy goals, facing terrible odds”: one of the secrets to compelling fiction.

I visited New York for the important matter of a Rita nomination for my first book, The Dress Thief, but I would have gone to the RWA Nationals anyway. It re-charges writers by plugging them back into fundamentals, reminding us what makes readers turn pages. And as it was my first trip to the Big Apple, I intended to take a bite. I found many reasons to like New York, but here are seven reasons to love it.

Number 1.  Spaghetti and meatballs at Toni Roma’s: took ages to come but worth the wait.

If I were giving the city its nickname, I wouldn’t choose ‘Big Apple’. To me, New York feels like a vast tray-bake studded with vertically placed Mars bars. And just as bad for the waistline. It is the land of fast food; or, as I discovered, fast food served slowly. Waiting for a salad in MacDonald’s on Times Square gave ample time for a MacSnooze.

Number 2. The place is built on a can-do attitude. Whether it’s Broadway, highway of hopes, or the Garment District with its immigrant ghosts and stains of sweated labour, it is a natural backdrop for fashion…and the natural backdrop to fiction.

As I say in my first book, The Dress Thief: “American women want the fashion they see in the magazines.” 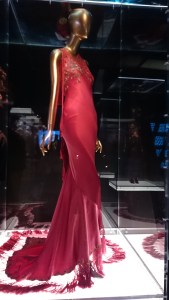 Number 3. Thank you to the nameless people who fished me out of the wrong trains and pointed me to the right ones. Thanks to the heavy-set official who rode down in the lift with me because I couldn’t find the Long Island Railroad platform. Thank you handsome man at Penn Central who turned around and carried my suitcase back up the steps for me. You’re in the next novel.

Number 4. The Park, where everybody. Slows. Down. It’s the place to read and tune out.

Above ground, something is being built, knocked down or rebuilt, everywhere, except in Central Park.

Number 5. You will never get so high above the earth with so little danger or physical effort.

In July, New York air sticks to your skin and the pervading odour is of warm parmesan cheese. I traced the smell to the subway vents. In my hotel room, way up on the 35th floor, I peered down through sealed windows onto the air conditioner units on roofs far below. 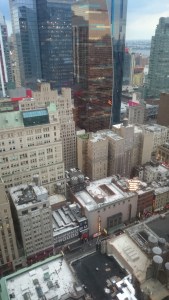 Here, you live on the brink of all five senses. While I’m sure there’s a subtle interior world behind the sheet-glass skyscrapers and brownstone faÃ§ades, but I believe you get to a city’s soul through the soles of the feet.

Number 7. There’s democracy here. Everyone gets told off sooner or later.

As a Brit, I kept reminding myself to look left before stepping off a kerb. One time, I waited for the silver man to appear on the crossing beacon, started across. Then an SUV jumped the lights . . . only to be stopped dead by a policewoman. The verbal telling-off she gave the SUV briefly silenced a pneumatic drill. ‘Come on honey,’ she said to me. When I hesitated, she shouted, ‘Pick it up, lady!’

Will I go back? Definitely. I wasn’t looking for love, or even friendship. Just a human heart and it has that big time. Could I set a novel there? Having walked many blocks and seen how much of the old New York is preserved (not gone, just hiding) I not only feel I could, I want to.

Live there? You have to be joking!

Find out more about Natalie at nataliemegevans.com  and for more  wander-lust  inspired blog posts check out The Bookends Round The World Tour 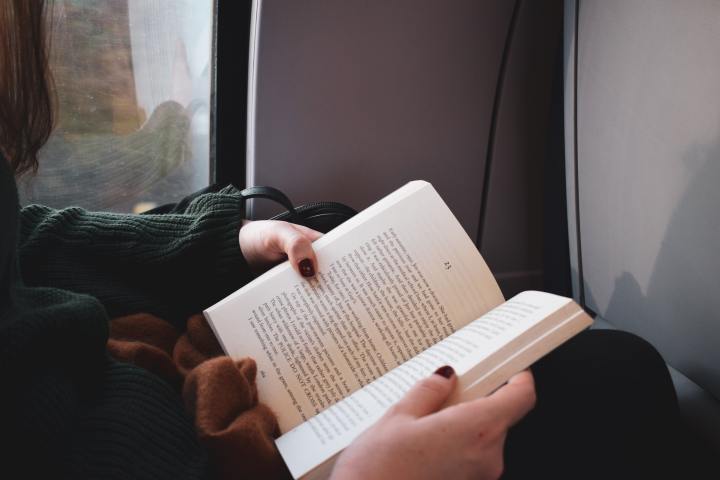