You’d think that with Christmas being over and the fact it’s probably time to contemplate the January detox, we’d be starting to get the blues about now… But we’re actually feeling rather smug because 2016 is set to be a mammoth year for debuts. It can be tempting to stick to your favourite authors that you know and love – we know this only too well – so we’ve put together a guide to the newest kids on the the block to show you why you definitely shouldn’t!

IN A LAND OF PAPER GODS by Rebecca Mackenzie – 28 January

This truly unique first novel will whisk you away to remote 1940’s China, in a boarding school perched on a mountain for the children of British missionaries.  As her parents pursue their calling to bring the gospel to China’s most remote provinces, ten-year-old Henrietta S. Robertson discovers that she has been singled out for a divine calling of her own. Etta is quick to enlist her dorm mates in the Prophetess Club, which busies itself looking for signs of the Lord’s intent.  (Hark.)  As rumours of war grow more insistent, so the girls’ quest takes on a new urgency – and in such a mystical landscape, the prophetesses find that lines between make believe and reality become dangerously blurred.

‘Henrietta S. Robertson is a beguiling, wilful and wonderfully realised creation whose humour, imagination and yearning will captivate readers.’ Jackie Copleton, author of A Dictionary of Mutual Understanding

You can preorder your copy of IN A LAND OF PAPER GODS here.

JUST HAVEN’T MET YOU YET by Cate Woods – 11 February 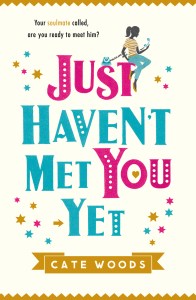 Percy James has everything a girl could want: a comfy flat, a steady relationship and a truly lovely group of friends. Then she is approached by Eros Tech. Eros is ‘the future of love’ – an agency that brings together soulmates using mobile data. Percy has been identified as a match for one of Eros’s super wealthy clients. The only problem is she already has a boyfriend . . . but what if this is *destiny*? Would you – could you – pass up a chance to meet your one true love? This riotous romantic comedy with a warm heart and magnificent twist taps into the phenomenon of online dating and offers a new take on modern relationships.

‘Witty, engaging and original . . . and I did not see that twist coming!’ Paige Toon

You can pre-order your copy of JUST HAVEN’T MET YOU YET here.

LOOK AT ME by Sarah Duguid – 25 February

If you’re looking for a book with the freshness of a debut but with the style of a far more experienced author, then LOOK AT ME is the book for you. Sarah Duguid’s story begins with the discovery of a letter by Lizzy in her father’s study, from a sister she never knew existed. Out of defiance towards her narcissistic, bohemian father, she invites Eunice into their world and lives to regret it, as Eunice seems determined to drag the family out of the comfort of an unspoken grief.

You can preorder your copy of LOOK AT ME here.

The debut novel by actress and presenter Janet Ellis, THE BUTCHER’S HOOK is the dark and twisted tale of a young girl in 18th-century London determined to take her life in her own hands, no matter the cost.

You can preorder your copy of THE BUTCHER’S HOOK here.

Think you know Charlotte, Emily & Anne? Think again. Samantha Whipple is the last remaining descendent of the illustrious Brontë family, of Wuthering Heights and Jane Eyre fame. After losing her father, a brilliant author in his own right, it is up to Samantha to piece together the mysterious family inheritance lurking somewhere in her past – yet the only clues she has at her disposal are the Brontë’s own novels.  With the aid of her handsome but inscrutable Oxford tutor, Samantha must repurpose the tools of literature to unearth an untold family legacy, and in the process, finds herself face to face with what may be literature’s greatest secret.

You can preorder your copy of THE MADWOMAN UPSTAIRS here.

WHAT SHE NEVER TOLD ME by Kate McQuaile – 3 March

Louise Redmond left Ireland for London before she was twenty. Now, more than two decades later, her heart already breaking from a failing marriage, she is summoned home. Her mother is on her deathbed, and it is Louise’s last chance to learn the whereabouts of a father she never knew.

Stubborn to the end, Marjorie refuses to fill in the pieces of her daughter’s fragmented past. Then Louise unexpectedly finds a lead. A man called David Prescott . . . but is he really the father she’s been trying to find? And who is the mysterious little girl who appears so often in her dreams? As each new piece of the puzzle leads to another question, Louise begins to suspect that the memories she most treasures could be a delicate web of lies. This one will keep you on your toes until the very last page!

You can preorder your copy of WHAT SHE NEVER TOLD ME here.

THE ONE IN A MILLION BOY by Monica Wood – 5 April 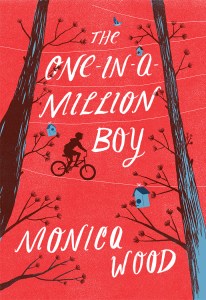 You might have heard us getting worked up about this one already. It’s the story of Ona Vitkus, an 104-year-old Lithuanian, her extraordinary life and her friendship with an extraordinary boy, who loves world records and birds and lists and who, one day, disappears. It’s also about his father’s grief and his determination to finish what the boy started, and about finding hope in the everyday. This book seriously is one in a million.

‘I thought it was a gem of a novel, heartbreaking and heartwarming. Beautifully written, with characters you want to keep by your side.’ Adele Parks

You can preorder your copy of THE ONE IN A MILLION BOY here.

THE SECOND LOVE OF MY LIFE by Victoria Walters – 7 April 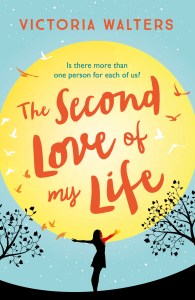 Powerful, touching and ultimately uplifting, Victoria Walters’ debut novel about a young woman who becomes a widow aged twenty-four is a heartfelt tale of love, loss, and finding the courage to love again. Victoria has been a bookseller for a number of years, so trust us when we say she knows how to tug on the reader’s heartstrings.

You can preorder your copy of THE SECOND LOVE OF MY LIFE here. 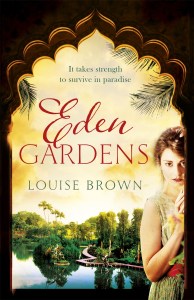 Eden Gardens, Calcutta, the 1940s. In a ramshackle house, streets away from the grand colonial mansions of the British, live Maisy, her Mam and their ayah, Pushpa. Whiskey-fuelled and poverty-stricken, Mam entertains officers in the night – a disgrace to British India. All hopes are on beautiful Maisy to restore their good fortune. But when Maisy’s tutor falls ill and his poetic and ambitious son stands in, a love affair begins that will cast her future, for better and for worse. Vivid and completely unforgettable, we cannot wait.

You can preorder your copy of EDEN GARDENS here. 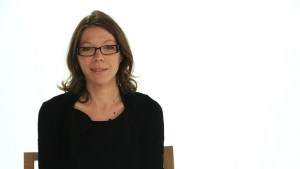 A love story with a difference: a modern-day Sleeping Beauty tale about the unusual relationship that develops between two people, one of whom is in a coma – perfect for fans of Jojo Moyes and John Green. Originally published in French as Je Suis La, it won the 2015 Nouveau Talent Award.

You can preorder your copy of I’M STILL HERE here.

Liked this? Catch up on…

… our suggestions of longer books for longer nights

Camembert, parsnips and sherry – we ask, what is your go-to Christmas dish?

What I’m hoping for under the tree, with Cate Woods

Cholera Belts and Stockings: Louise Brown on the Cultivation of Difference in British India