Letters From The Suitcase is an enchanting, poignant and incredibly moving account of the five year early marriage between two lovers divided by war – and the legacy they left for their only child. Written by Cal and Rosheen Finnagan, this is a hugely detailed wartime correspondance between Rosheen’s parents, David and Mary Francis. Cal tells us how Rosheen discovered the letters and Letters From The Suitcase was written…

‘As the health of her mother, Mary, deteriorated, Rosheen was flying regularly across from Stansted to Dublin and back.  It was a difficult and worrying time. She was hard-pressed and slightly disoriented.

After one such visit, I picked her up at the airport, exhausted as usual, but strangely excited. Her mother, although not at all well, had been in an unusually confiding mood and amazed Rosheen by producing a few letters written by her father, David, during their brief relationship from 1938 until his death in India in 1943, while indicating that there were many more. Ro was bowled over on two counts. Not only had her mother never before encouraged talk about her first husband, she certainly had no idea that such tangible momentos of her father existed.

Such reminders of David had been in short supply during her life with her mother after he died when she was two years old, although she had always been subconsciously aware of an old trunk kept in the out-of-bounds attic of their old London home.

The handful of letters she was allowed to read took her breath away. The impact of her elusive father’s words coming down to her over the years – with her mother’s actual consent – was like the breaking of a taboo. Although it was only a brief initial glimpse, she was also struck by the passion, maturity and sophistication of the exchanges of a couple barely out of their teens.

Thereafter, Dublin visits became more than a duty to help ease the final days of an ailing mother. They became a quest to discover the essence of a missing father. Eventually Mary gave her daughter access to the whole cache and, as Rosheen so feelingly says, ‘She gave me my father’.

After her mother died, Rosheen brought the letters back to England. As we began to sort, order and edit them we were vividly transported back into those extraordinary, tumultuous days of love and war and soon realised that the letters had a compelling human story to tell, as well as being a unique social document that deserved to be more widely known.

The 300-odd letters were typed or handwritten in ink or pencil, many almost illegible. Some were dated, some not. Establishing a narrative of two lives in the months leading up to the Second World War and into its early years was a complicated but fascinating business, involving many hours of research into official war records, contemporary calendars, film archives, newspapers, political and entertainment events. Piece by piece the jigsaw was painfully assembled. And there were many surprises.

But for Rosheen, the greatest treasure to emerge from that long-hidden hoard was the knowledge that her father had loved her dearly and had missed her very much.’ 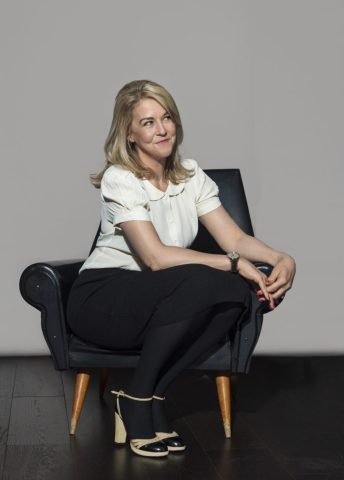