Sometimes instead of reading a story with a happy ending, we like a good scare and a good crime scene. We’ve rounded up 4 of our books publishing this month that gave us goosebumps, one way or another. 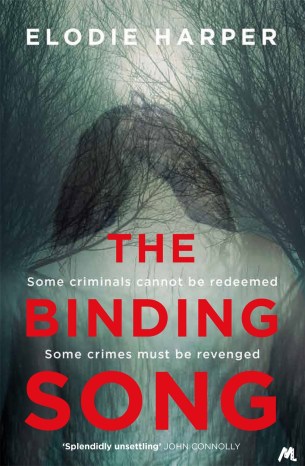 The Binding Song by Elodie Harper

Dr Janet Palmer is the new lead psychologist at HMP Halvergate in a remote, bleak area of Norfolk. At first, she was excited by the promotion. Then she starts to see how many secrets are hiding behind the high walls.

A string of inmates have committed suicide, leaving no reasons why, and her predecessor has disappeared – along with his notes. The staff are hostile, the threat of violence is ever-present, and there are rumours of an eyeless woman stalking the corridors, punishing the inmates for their sins.

Janet is determined to find out what is really going on. But the longer she stays and the deeper she digs, the more uncertain she feels.

Halvergate is haunted by something. But it may be a terror worse than ghosts…

When the Music’s Over by Peter Robinson

The Sunday Times Number One bestseller.

Fifty years separate them – their pain connects them.

When the body of a 15-year-old is found in a remote countryside lane, beaten and broken, DI Annie Cabbot is brought in to investigate how the child could possibly have fallen victim to such brutality.

Newly promoted Detective Superintendent Alan Banks is faced with a case that is as cold as they come. Now in her 60s, Linda Palmer was attacked aged 14 by celebrity entertainer Danny Caxton, yet the crime has never been investigated – until now.

As each steps closer to uncovering the truth, they’ll unearth secrets much darker than they ever could have guessed . . . 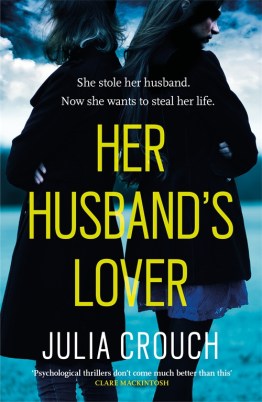 Her Husband’s Lover by Julia Crouch

She stole her husband. Now she wants to take her life.

After the horrors of the past, Louisa Williams is desperate to make a clean start.

Her husband Sam is dead. Her children, too, are gone, victims of the car accident in which he died.

Sam said that she would never get away from him. That he would hound her until she died if she tried to leave. Louisa never thought that he would want to harm their children though.

But then she never thought that he would betray her with a woman like Sophie.
And now Sophie is determined to take all that Louisa has left. She wants to destroy her reputation and to take what she thinks is owed her – the life she would have had if Sam had lived.

Her husband’s lover wants to take her life. The only question is will Louisa let her? 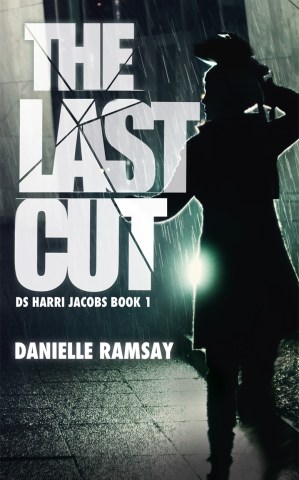 The Last Cut by Danielle Ramsay

Obsessions can kill.
First, he selects them. Strips them of their identity.
Then he kills them. All for her…

DS Harri Jacobs transferred to Newcastle from the Met in the hope of leaving her past behind: the moment where her stalker turned violent. He left her alive, saying that one day he would be back. And she ran.

But a year later, she realises he has followed her from home. He’ll prove his devotion. With blood…

Get to know Team Bookends

Books on my bedside table by Jill Mansell