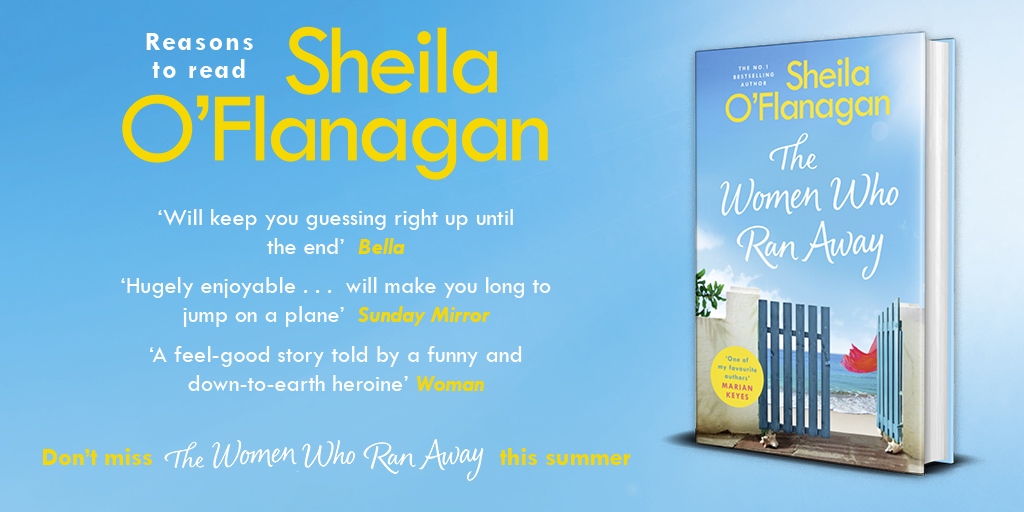 ‘I haven’t read any of Sheila O’Flanagan’s novels before, but now I’ll be searching for them in my local bookshop.

Ostensibly it is about a journey taken by two women who have both experienced a life changing event. One has become a widow after the suicide of her husband with whom she has a family. The other is desperate for a baby after being in a long term relationship, which has been terminated after her partner made another woman pregnant; tragically denying her the baby she craved. Both are at a crossroads in their lives and meet up on a journey which is cathartic and prepares them for life in the future.

The widow, Grace, has been sent on a mission to solve clues, set  by her dead husband, which she feels bound to follow. She is helped by her passenger, Deira, whose car has been written off after a fire in the hotel in which they are both staying.

I raced through the book and found the ending  satisfying, though Sheila O’Flanagan has left the reader wanting to know more.

Each woman has reached peace in herself and learnt more about her emotions. The journey has given both women a better insight in to the women they now are and an appreciation of the friendship they have nurtured.

I enjoyed the book, which is a satisfying holiday read.

Slap on the sun tan, lie on your sun lounger and take the journey to Spain and France with Deira and Grace!’

‘Sheila O’Flanagan is the author of so many books it takes a whole page to list them, and has rave reviews from pretty much every publication. Despite this, and despite my appetite for fiction which is bordering on ravenous, The Women Who Ran Away was my first O’Flanagan novel. It certainly was promising: Two women on a road trip through France and Spain. Irresistible when the most exotic thing in my life at the moment is a carton of pineapple juice.

So, down to the story: Deira and Grace have different reasons for their trips on the continent. Grace is grieving her late husband who has sent her on a treasure hunt throughout Europe. Deira has ‘borrowed’ her ex’s sports car and taking the holiday they had planned together before he left her for a younger model. The two are strangers until fate (that poor, poor sports car…) brings them together.

O’Flanagan manages to weave the treasure hunt into the back stories of the two women nicely and also to give plenty of local character as the women attempt to solve the clues. I did feel that some of the information on the poets and artists was a little clunkily inserted and at times there was a bit too much repetition of the backstories. However, this is a  hefty book at over 400 pages and, if you are a reader who doesn’t consume books like they are the last piece of sticky toffee pudding, then the repetition may be useful to you.

Overall, I was pleased by my introduction to Sheila O’Flanagan. This is a satisfyingly long book which would be perfect to take on holiday, for a long journey, or just for a lazy  weekend.’ 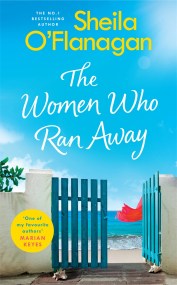 The Women Who Ran Away

THE NO. 1 IRISH BESTSELLER OF SUMMER 2020!
'One of my favourite authors' Marian Keyes

'If you've had to cancel your holiday plans this summer, don't worry - this beautiful new novel will transport you to sunnier climes...' - HEAT'S READ OF THE WEEK

In Sheila O'Flanagan's stunning new novel, two women face up to shocking truths about the men they've loved - and start to make their own decisions about what to do next...

Deira isn't the kind of woman to steal a car. Or drive to France alone with no plan. But then, Deira didn't expect to be single. Or to suddenly realise that the only way she can get the one thing she wants most is to start breaking every rule she lives by.

Grace has been sent on a journey by her late husband, Ken. She doesn't really want to be on it but she's following his instructions, as always. She can only hope that the trip will help her to forgive him. And then - finally - she'll be able to let him go.

Brought together by unexpected circumstances, Grace and Deira find that it's easier to share secrets with a stranger, especially in the shimmering sunny countryside of Spain and France. But they soon find that there's no escaping the truth, whether you're running away from it or racing towards it . . .

WHAT READERS ARE SAYING ABOUT THE WOMEN WHO RAN AWAY:

'I would have given this 6 stars if I could'

'Within the first chapter, I had left reality and social distancing behind and joined two amazing women on a life-changing adventure' *****

'Couldn't put this book down!'