In her new book Alonement, founder of Alonement blog and podcast, Francesca Specter guides readers on the importance of alone time so readers can learn how to be alone and absolutely own it. In this extract, Francesca takes us through this term, Alonement and what it means.

Alonement: What is it?

Alonement is a word I coined in 2019 to fill a gap in the English language (I’ll take that money via bank transfer, Oxford English Dictionary). Broken down, it means ‘the state of being alone’ – a state we should raise up and celebrate. Reverse the syllables, and you think about alone time as an intention: ‘meant to be alone’. The way I define it, alonement is quality time spent alone; it is to value and respect the time you spend with yourself. It means to be alone and absolutely own it.
The closest term, someone might butt in and suggest, is solitude; but even solitude (which, FYI, has its roots in Old French and Latin terms for ‘loneliness’) has an ambiguity to it: you have to qualify whether an experience is ‘positive solitude’, whereas alonement is, crucially, an inherently positive and valuable experience. Alonement is the direct opposite of loneliness. Think of it as a spectrum:

Loneliness < Alone > Alonement
As a dictionary entry, it would look a bit like this:
Alonement
noun
1. Quality time spent alone. I had some really good alonement this weekend.
2. The experience of joy and/or fulfilment when you are by yourself. Alonement for me is a brisk walk first thing in the morning.
3. Pleasurable solitude; also (of a solo experience) associated with a positive feeling. It’s been a hectic few months; I need an alonement holiday.
4. The value of cherishing the time you spend alone. Alonement is important for me and my boyfriend.
Without the word ‘alonement’, I struggled to speak about being alone in a way that reflected how I felt about it. While ‘alone’ is ostensibly a neutral word, saying ‘I feel alone’ is tinged with negativity. We’ve all seen the Insta-cliché doing the rounds, ‘Alone doesn’t mean lonely’; but, for me, it never went far enough. If alone doesn’t have to mean the same thing as lonely – what’s the alternative? When alone is good, what is it called? Enter: alonement.

Most people get what alonement – which is to say they can usually think of one time in their daily routine where alone time is pretty damn good, whether that’s the hot shower they take first thing or the satisfying ritual of chopping up peppers for dinner. Yet the importance of having an actual word to describe the positive feelings that being alone can generate cannot be understated. It’s like Ludwig Wittgenstein said: ‘The limits of my language mean the limits of my world’. If you don’t have the word to describe something, it’s hard to give it value and validity. You can’t be what you can’t see, and you can’t practise what you can’t define.
New words bring to life phenomena that we may have long observed but never had the language to describe. This isn’t only the case for positive, empowering words; take, for instance, ‘gaslighting’ – in my view, one of the most important contributions to the conversation about abuse and control in relationships. Gaslighting is a form of psychological abuse where one partner attempts to make another question their own memory, perception and judgement, typically through denial or misinformation. The term first originated in Patrick Hamilton’s 1938 play Gas Light, about a woman whose husband manipulates her into thinking she’s going insane. It became part of psychological literature in the 1990s and has entered popular parlance over the last few years – most notably during an uproar when a recent Love Island contestant was accused by the charity Women’s Aid of gaslighting two of the women on the show a heated national debate and a slew of articles and op-eds. Clearly, simply having a word for something can begin a  cultural shift.
Alonement is my contribution to the English lexicon because I see it as embodying a necessary change in the way we acknowledge and value alone time. I’ve since trademarked it, and hope to one day get it into the dictionary. (If ‘chirpse’, ‘awesomesauce’ and ‘promposal’ all became dictionary-official last year, I like to think this isn’t an impossible goal.) Occasionally you’ll get someone who says you ‘can’t just make up words’. Of course you can (once again, see the surprisingly versatile ‘chirpse’); that’s literally how language was created. It’s designed to serve us, and we use it to navigate the vast and ever-evolving human experience. For instance, there are many words in other languages that we don’t have in English, like the Greek meraki, ‘to do something with soul, creativity, or love; when you leave a piece of yourself in your work’. Language is power, and having a word for something previously unidentified can unlock a little part of you, or your experience, that you never quite acknowledged. Alonement, in no uncertain terms, changed my life – and I have a sneaking suspicion it might change yours, too.
Incidentally, I really, really like identifying new language to describe the ‘alonement’ experience. Along that principle, sprinkled throughout this book will be other terms I’ve adopted to help navigate our relationship with being alone, which I’ve listed in a glossary at the back. Among these, there’s ‘rubbernecking’ – a term to define turning one’s head to gaze at something we shouldn’t, usually associated with drivers slowing down to look at car accidents. I find it an apt term to describe our tendency to look at the lives of other people when we should be focusing on our own lives, instead – like scrolling someone else’s night out on Instagram during your summer holiday. There’s also Only Me-ism – a term I invented to describe our tendency to deprive ourselves of basic comforts and considerations (a fresh cafetiere, a home-cooked meal) if it’s ‘only me’ – even though we should be our own priority. 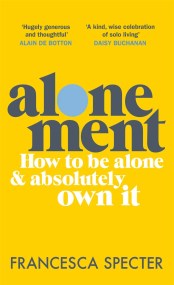 'Thoughtful and thought provoking, it made me genuinely excited about spending time in my own company' - FELICITY CLOAKE
_______________

Being alone has a serious branding issue. We've only ever had negative language to talk about flying solo - but what about when time spent alone is restorative and joyful? What if it's something you crave? What if it's even just an hour you've carved out for yourself in the middle of a hectic week?

Enter: Alonement, Francesca Specter's empowering new word to express valuing your own company and dedicating quality time to yourself, whoever you are and whatever your relationship status.

Between shared homes, social plans and smartphone addictions, most of us don't know how to be alone - yet our life-long relationship with ourselves is the most important one we'll ever have. A reformed 'extreme extrovert' who struggled to spend even an hour on her own, Francesca made the resolution in January 2019 to improve her solitude skills. A year later, facing months of lockdown as a household-of-one, she valued those skills more than ever - and began sharing her wisdom with others on how to cherish time alone.

Packed with practical tips, insights from key experts and lessons from guests of the Alonement podcast - including Alain de Botton, Florence Given, Konnie Huq, Vick Hope and Camilla Thurlow - Francesca reveals how we can all thrive alone, whatever our circumstances, and harness the untapped power of some meaningful time with me, myself and I. 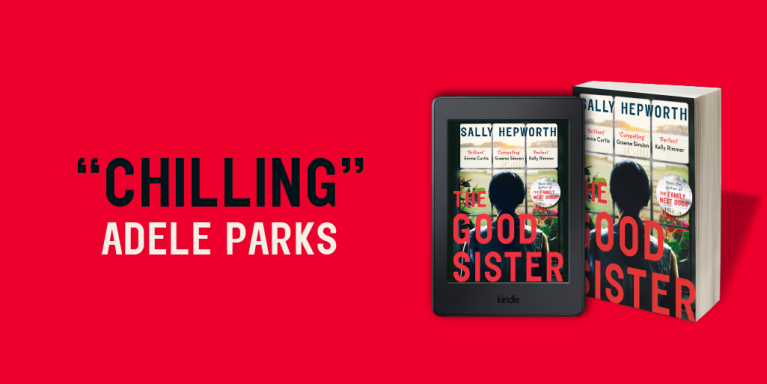