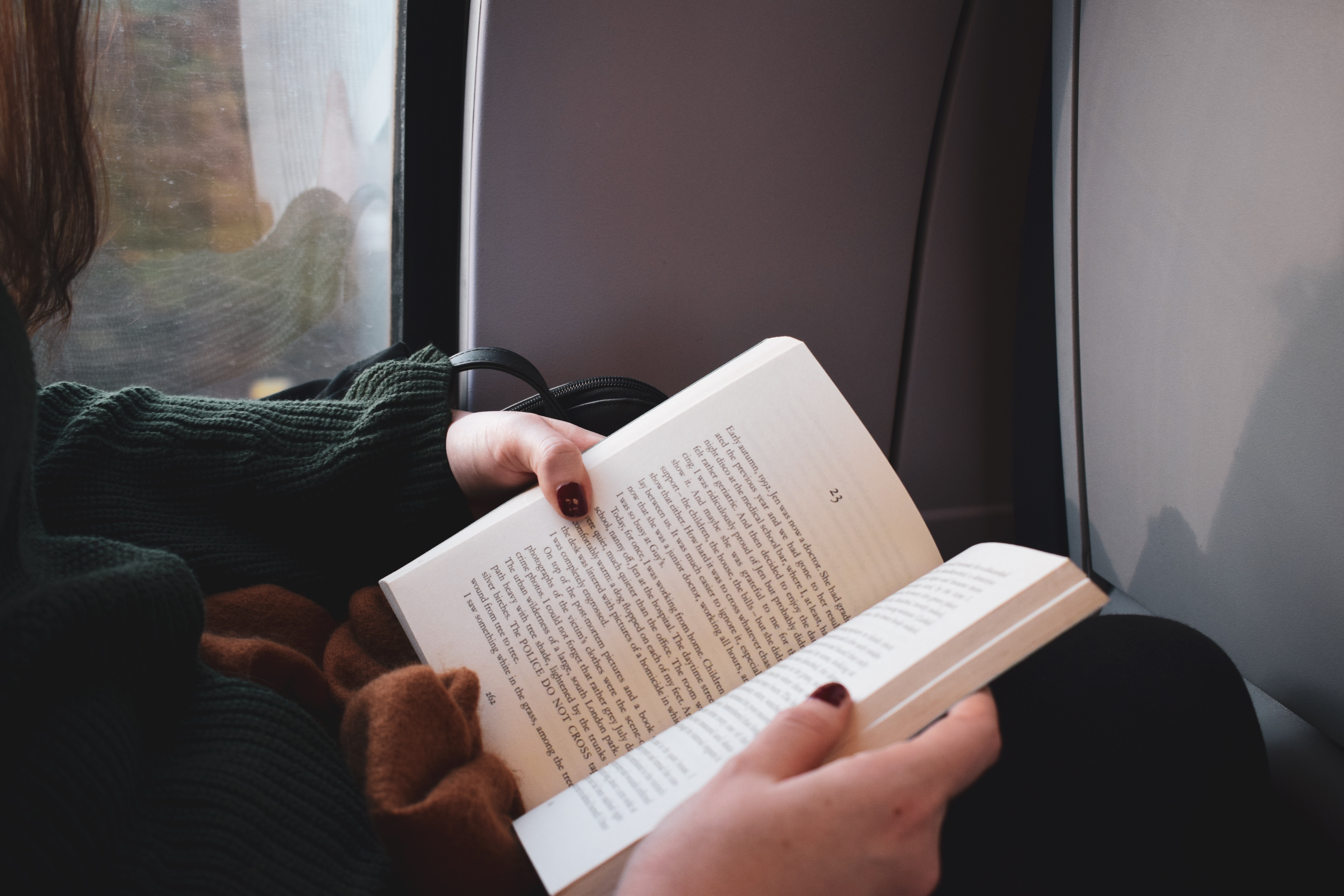 As we adjust to our new normal lots of us are making a return to travelling into our workplaces, therefore we thought we’d round-up a few paperback reads perfect for reading on your commute to and from work. Check out our suggestions below!

He said he was looking for a ‘partner in crime’ which everyone knows is shorthand for ‘a woman who isn’t real’.

April is kind, pretty, and relatively normal – yet she can’t seem to get past date five. Every time she thinks she’s found someone to trust, they reveal themselves to be awful, leaving her heartbroken. And angry.

Gretel is exactly what men want – she’s a Regular Everyday Manic Pixie Dream Girl Next Door With No Problems.

The problem is, Gretel isn’t real. And April is now claiming to be her.

As soon as April starts ‘being’ Gretel, dating becomes much more fun – especially once she reels in the unsuspecting Joshua.

Finally, April is the one in control, but can she control her own feelings? And as she and Joshua grow closer, how long will she be able to keep pretending?

A lyrical debut packed with myth, magic and folklore, perfect for fans of Erin Morgenstern and Angela Carter

Tell Me How It Ends by V.B. Grey

Set in Sixties London, a gripping drama of past secrets revealed, of manipulation and revenge for fans of Daphne du Maurier and noir movies like All About Eve and A Star is Born

Delia Maxwell is an international singing sensation, an icon of 1950s glamour who is still riding high on the new 60s scene. Adored by millions, all men want to be with her, all women want to be her. But one woman wants it maybe a little too much…

Lily Brooks has watched Delia all her life, studying her music and her on-stage mannerisms. Now she has a dream job as Delia’s assistant – but is there more to her attachment than the admiration of a fan? Private investigator Frank is beginning to wonder.

As Lily steps into Delia’s spotlight, and Delia encourages her ambitious protegée, Frank’s suspicions of Lily’s ulterior motives increase. But are his own feelings for Delia clouding his judgement?

The truth is something far darker: the shocking result of years of pain and rage, rooted in Europe’s darkest hour. If Delia thought she had put her past behind her, she had better start watching her back.

The House Swap by Olivia Beirne

Twins Katy and Rachel don’t know much about each other’s lives anymore.

Rachel thinks that Katy is a high-flying event planner in London, while Katy thinks that Rachel lives in idyllic marital bliss in the countryside.

Each sister believes the other has created a perfect life – but the truth is that neither twin has the life she pretends she does.

And when these sisters unexpectedly swap houses for a week, they’re in for a big shock.

But it might just be the wake-up call they’ve both been waiting for. . .

Packed hilarity and heartbreak, this new novel from bestselling author Olivia Beirne follows two estranged sisters who learn more about each other from a house swap than they ever expected… Perfect for fans of Beth O’Leary and Marian Keyes.

For Jess and Tom, timing is everything.

For her, it’s the moment she delivers the perfect punchline. For him, it’s the heartbeat in the music he makes with his band.

And from the night they meet, sharing the same stage at the Edinburgh Festival, their attraction is undeniable. At first, it seems their timing is as perfect in the wings as it is in front of a crowd.

But as Jess and Tom’s careers take off, the moment for true connection is always just out of reach. With fate pushing them together, only to pull them apart, will the timing ever be right?

After all, when it comes to love, the timing has to be perfect. . . Doesn’t it?