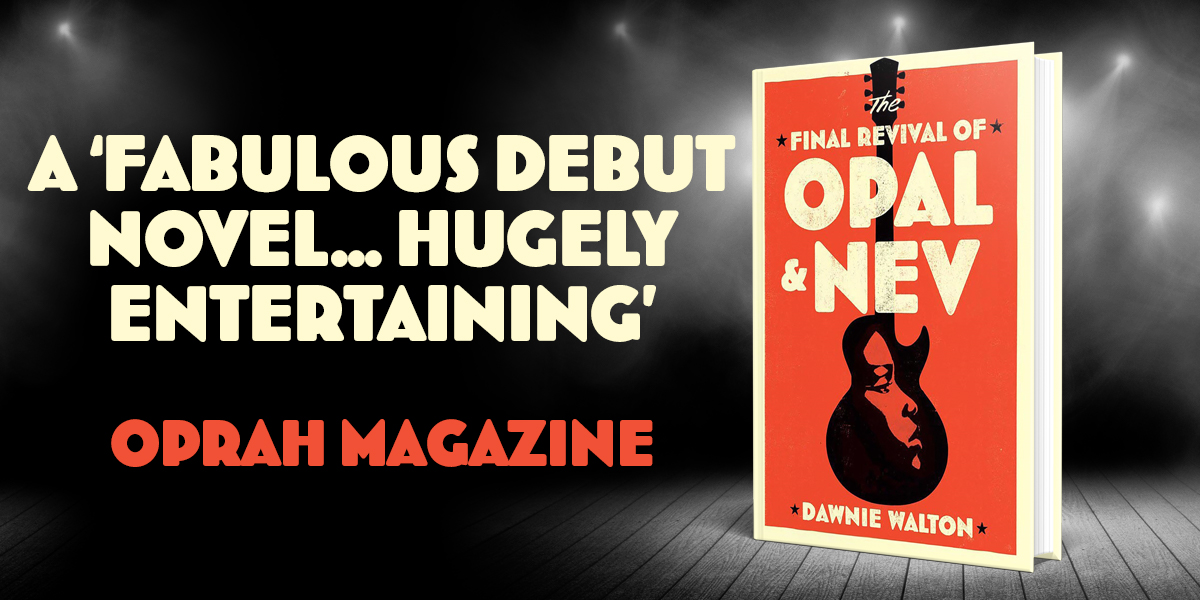 We asked our lovely Friends of Bookends reviewing panel to share their thoughts on Dawnie Walton’s phenomenal debut novel, The Final Revival of Opal & Nev, and they did not disappoint…

‘What an amazing debut novel!

In March 2015, S. Sunny Shelton is promoted to editor in chief of Aural magazine and finally decides it is time to write the book about her idol’s, Opal & Nev. A story incomplete to her in relation to the early death of her father, Jimmy Cutis, drummer extraordinaire. In order to get an accurate picture of what happened back in the 1970’s when the band was just starting out, Sunny interviews Opel & Nev and other associates, amid rumours that there may be a revival gig soon. Sunny knows that Opal had an affair with Jimmy in 1970 and she hopes to find the final pieces to the jigsaw of her father’s death.

Opal was discovered signing with her sister at an open-mic amateur session in the Gemini and after she had signed with Rivington Records, she was thrust into a world which was alien to her but soon she was pushing the boundaries. This is the story of the rise and fall of a cult band in the 70’s but it is so much more than that. It is about acceptance, identity and race and above all, music.

I loved the way this story was written with different people involved in a situation, all giving their account one after the other. I did struggle with this a bit but soon settled into the rhythm and found that this really worked. The story was so well planned and set out as an oral history of a cult band, which flowed well and held my interest.

I thought this book read like a biography, especially with the footnotes at the base of some pages, giving it an authentic feel. Several times I found myself questioning if this really was a work of fiction and stopped myself from further research on Opal & Nev, so real was the account.

I think we have good things to come from this new author and I will certainly be looking out for them.‘

‘I really enjoyed The Final Revival of Opal & Nev by Dawnie Walton but firstly I’ve got to mention the book that it’s bound to be compared with. The interview/look back style is very similar to Daisy Jones and The Six by Taylor Jenkins Reid, which I read last year. As both books are also set in the music world of the 1970’s (albeit a slightly different genre) readers will automatically be concerned about that deja vu feeling. Opal & Nev, however, is a much more entwined storyline. It’s a feisty book that doesn’t hold it’s punches and It’s not afraid to dive head first into the backdrop of racial tensions and prejudice of 1970’s America.

Opal Jewel and Nev Charles are the duo trying to break into the big time when events at a doomed showcase staged by their record company catapult them into the news and international stardom, changing their lives and the people around them forever. Forty years later talk of a reunion brings the main players together once more all giving their take on past events to Sunny Shelton the music editor charged with writing a biography who also happens just to be the daughter of the drummer killed at the showcase – the same drummer who was having an affair with Opal all those years ago.

All the characters are very well drawn, you actually do care about most of them and you feel their shock as secrets are uncovered throughout the book. I also liked the idea of Nev being British (Birmingham UK rather than Birmingham Alabama). The book has humour too and the music details seem so authentic you feel for a while that Opal & Nev could have really existed and surely you’ve seen an old album cover somewhere…  A great debut novel and a terrific read for anyone who loves a bit of music nostalgia.‘

‘I believe this narrative style is called oral history in the literary biz. A debut novel that demonstrates a detailed knowledge of how the music industry works. A story that has race relations and civil rights as a theme. Our two protagonists are an unlikely pairing but the suggestion of a sustained connection is a dynamic that runs through the book. Tantalising, as you sense that neither of them really get off the fence and say how they feel about each other.

Opal dominates the book. In a sense it is more Opal’s story than Nev’s. Through the clever technique of listening to what everybody else says we are treated to a portrait of this unusual lady. She is larger than life but not in a brash, pointless way. You feel there is much consideration behind her actions that balances out with a passionate spontaneity. How she looks, how she behaves has thought and depth. The novel spends several decades looking at the genesis of Opal and Nev through to what is their “final revival“. A pivotal event occurs in the early days of their career that has far reaching effects and conclusions on the rest of their lives, let alone their careers. The narrator is a subtle part, certainly, of Opal’s history. It’s a clever technique which offers a subplot almost, someone else’s life story with a connection to Opal and Nev. It is this narrator who manages to expose a revelation that changes perception.

‘Race, class and gender come under the spotlight in this oral history of fictional 1970s Afro-punk duo, Neville Charles and Opal Jewel, whose unlikely partnership shot to fame in the wake of a concert that erupted into violence and the accusations that dogged Opal.  When Rivington Records signed the orange-haired British artist, Neville Charles, an exhaustive search commenced to find a performer to do his style and sound justice.  Nev’s choice, against the advice of his record label boss, is bald-headed, black, working-class and fiercely independent Opal Robinson from Detroit.

Their career together is chronicled through their own words with the input of those around them.  When what appears to be their final shot at breaking into the big time comes it entails taking part in a showcase headed up by a rival band parading the Confederate flag.  The impudent actions of Opal in retaliation are the catalyst for a violent clash in which her black married boyfriend, Jimmy Curtis, is killed.  S Sunny Shelton is the daughter of Jimmy Curtis and the first black woman to be made editor of Aural music magazine and a possible reunion provides the ideal opportunity for her to confront her personal history and Opal’s part in her father’s death.

Despite Nev’s continued success as an artist in his own right, sixty-six-year-old and now reclusive Opal has not performed for twenty-five-year but is seriously considering a reunion gig.  When an inflammatory allegation from one of the key players in the events of the riot threatens to scupper the reunion and reframe the flashpoint moment by leaving a question mark over the instigator, Sunny struggles to keep a lid on her anger.  Undecided as to whether to reveal the unconfirmed accusation to Opal and bitter about the death of the father she never knew, Sunny struggles to get under the skin of Opal.  Written as a series of interviews the book really captures the characters, their humour and their flaws and conjures up a vivid picture of the times. ‘ 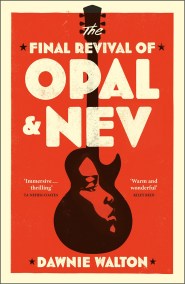 The Final Revival of Opal & Nev

A queen of punk before her time. A duo on the brink of stardom. A night that will define their story for ever.

Opal is a fiercely independent young woman pushing against the grain in her style and attitude, a Black punk artist before her time. Despite her unconventional looks, Opal believes she can be a star. So when the aspiring British singer/songwriter Neville Charles discovers her one night, she takes him up on his offer to make rock music together.

In early seventies New York City, just as she's finding her niche as part of a flamboyant and funky creative scene, a rival band signed to her label brandishes a Confederate flag at a promotional concert. Opal's bold protest and the violence that ensues set off a chain of events that will not only change the lives of those she loves, but also be a deadly reminder that repercussions are always harsher for women, especially Black women, who dare to speak their truth.

Decades later, as Opal considers a 2016 reunion with Nev, music journalist S. Sunny Shelton seizes the chance to curate an oral history about her idols. Sunny thought she knew most of the stories leading up to the cult duo's most politicized chapter, but as her interviews dig deeper, a nasty new allegation from an unexpected source threatens everything.

Provocative and haunting, The Final Revival of Opal & Nev introduces a bold new name in contemporary fiction and a heroine the likes of which we've not seen in storytelling.

'A marvellous musical tale of friendship, betrayal, and the power that comes with self-reclamation' LAYLA SAAD

'One of the books of the year' STYLIST 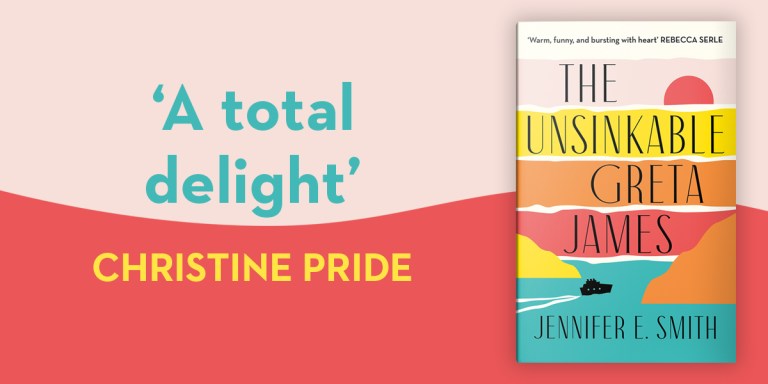 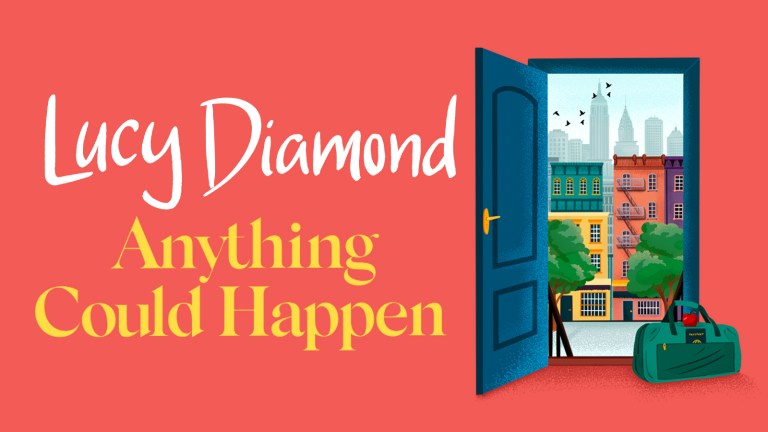 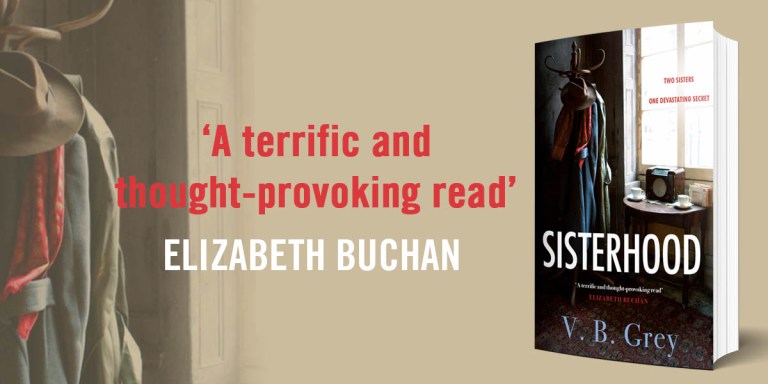 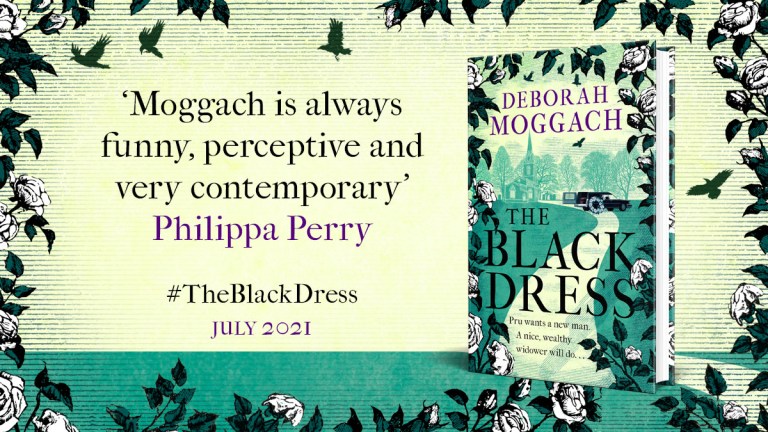 Friends of Bookends review THE BLACK DRESS by Deborah Moggach