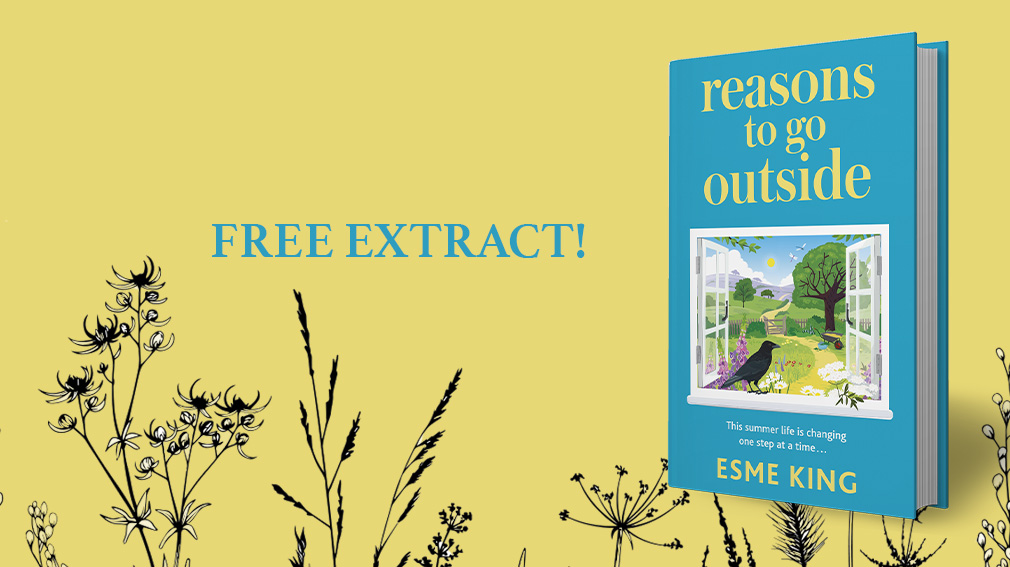 Pearl Winter hasn’t been outside in forty-three years.

Since she arrived on Dartmoor as a girl, an isolated family cottage has been her whole world. A place of safety. But now fifty-nine-year-old Pearl is utterly alone – except for the postman, the local crows, and memories of the summer of 1976.

Teenager Connor Matthews feels like a stranger in his own home.

Since his mother’s death he’s been adrift from his remaining family, troubled by the reality of moving on, and unable to see a future ahead. But when Connor begins a summer job as Pearl’s gardener, an unexpected friendship opens the door to a fresh start for them both. If only Pearl and Connor can take the first steps . . .

Can’t wait to find out what happens next? Reasons To Go Outside is available to shop now!

Read a free extract from A Valley Wedding by Anna Jacobs