It was no surprise to me that BBC’s Poldark was a huge success. The 18th-century is an age that casts a glamour of high romance over any story. I have chosen five reasons why the Georgian era is so thrilling to read — and in my case — write about.

It resonates with now

Eighteenth-century Britain reveals a strange but familiar landscape of intelligent, pleasure loving beings who revel in fashion, gossip and the good life. It reads as us, but dressed in romantic clothes, communicating with fluttering fans instead of facebook. Objects were designed to be beautiful and housed in Palladian mansions built to display glorious crystal, silver and porcelain. An inspiring band of low born people, from Emma Hamilton (celebrity beauty) to Elizabeth Raffald (cookbook writer) made their fortunes through guile, talent and determination. Yet like today it was an age of slippery snakes and steep ladders: from Ross Poldark to Georgiana, Duchess of Devonshire, fortunes were won and lost on the turn of a playing card or price of a stock certificate. 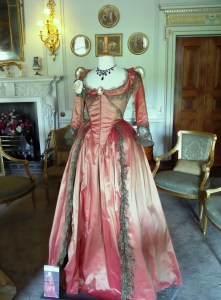 The best clothes ever

The classic Georgian gown has the tight waist and flowing skirts celebrated in countless Fairy Tales. Not only princesses but princes too, are de rigueur Georgians, dressed in periwigs, ruffles and buckled shoes. The wealthy wore their money on their backs, their gold thread, glass spangles and Belgian lace have never been surpassed. By the end of the century, women’s waistlines had risen as gowns evolved into the Classical style beloved of Jane Austen fans. For men, the braided and buttoned uniforms of Sharpe or Master and Commander epitomise style and panache. And surely some of the appeal of Mr Darcy stripping off to bathe in his lake, was that eternally seductive garment, the loose ruffled undershirt?

A New World of Travel

Remember that image of Ross Poldark galloping back and forth across the Cornish Headland? To me it sums up a freedom from cars and a connection with animals and the land that few of our imaginations can resist. In a Georgian village there were more horses than people, and just as we might hanker after a sporty car, the Georgian buck dreamed of overtaking ‘slow coaches’ in his one-horse phaeton. While those with money toured Italy on the Grand Tour (described in my first novel, An Appetite for Violets) the entire globe was opening up to discovery, thanks in part to Captain Cook (the son of a labourer) whose accounts of exotic locations were as newsworthy as our moon landings. 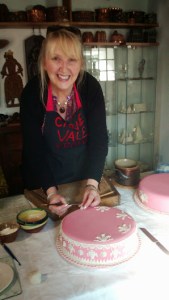 Once upon a time Britain did have fine regional food, especially cakes and puddings — from fruit cakes, Yule cakes, Madeiras, ginger, chocolate and cherry cakes to Christmas puddings. Confectionary reached its peak in sugar work, as I learned when decorating a Twelfth Night cake as finely ornamented as any Wedgewood vase. Temples and gardens, in fact whole classical cities were made of sugarpaste to form the centrepiece of astonishing meals.

Yet it was the quality of spit-roasted beef alongside colonially influenced curry, pilau rice and pickles that Britons loved. Followed by another new invention, ice cream, few of us would have been unhappy with the dinner served on our Chippendale tables.

The Life of Crime

The dark side to all this shopping and consuming was an underclass that wanted its own share of all the shiny new goods. When writing The Penny Heart, it was a revelation to discover the vibrant criminals who spoke a secret thieves’ cant and tattooed their skins with secret signs. Nothing, it seems, is new: ‘screeve-faking’, or false-letter writing, was little different to our own internet phishing scams. ‘Personation’, or identity theft, short-changing and sleight of hand were commonplace. By the 1780s the government decided to ship convicts to Botany Bay, now Sydney, Australia. My novel begins when Mary, a confidence trickster, sends a vengeful message engraved on a penny heart token to the man who sealed her fate. So begins a chain of events that took me on a journey from a lonely Hall in northern England to the wild shores of the Antipodes and culminates in revenge and murder. 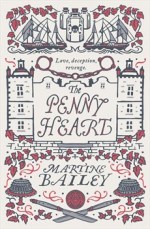 THE PENNY HEART by Martine Bailey, a historical novel of suspense, will be published by Hodder & Stoughton on 21 May. Inspired by eighteenth-century recipes, Martine lives in Cheshire, England, after spending 20 months house-swapping and researching in New Zealand and Australia. THE PENNY HEART is her second novel after AN APPETITE FOR VIOLETS, about a cook taken on a murderous journey to Italy.

Cook a three-course-meal with Kirstie Allsopp