THE CRYSTAL RUN is my first novel for children and it will be published in May this year. I honestly wasn’t thinking about writing for children when the idea for the novel came to me but as the plot developed it seemed that the novel would work better with younger people as they main protagonists.

The initial setting of Sanctuary came to me when I visited the Alhambra palace in Granada, Spain. As I walked around the different courtyards and passageways, I kept seeing a mental image of a young woman dressed in white with a ribbon in her hair. I’ve no idea where this image came from but the more I thought about her and wondered who she was, the more I saw her as someone who appeared quiet and gentle but who was part of something really important. The Alhambra is very tranquil even though it was built as a fortress as well as a palace and I thought of it as a sanctuary against the outside world.

With this idea of sanctuary and the image of the girl still firmly lodged in my head, the idea of THE CRYSTAL RUN began to form. The action takes place on a different world to ours, and one where two countries are at war with each other. The girl from my imagination, Kaia, is part of a group of young people who have to travel through enemy territory to place powerful crystals in different locations. These crystals help to maintain the Shield that protects her country from the enemy.

Meanwhile, on Earth, Joe Hunter is being chased by school bullies who want to take his earphones. As he tries to escape he passes through a portal which unexpectedly transports him to Kaia’s world. After a somewhat worrying time where he’s suspected of being a terrorist, he goes with her on her Run to place the crystals.

The reason I wrote Joe and Kaia in their early teens was that the book is primarily an adventure story and I didn’t want more adult themes and issues getting in the way of the action. Although there is a lot of adventure in the book it also deals with questions about whether to believe everything you’re told, learning who your friends are, and who you can trust.

It was really only when I’d finished writing it that I realised it would be a children’s book. Until then I simply wrote the story as it unfolded to me, following Kaia and Joe’s journey together. I loved adventure stories when I was a child and I hope that I’ve managed to make THE CRYSTAL RUN the sort of book where you keep wanting to know what happened next. And as I think all children should read whatever books they like, it’s not aimed at boys or girls. Hopefully any child will be able to identify with Joe and Kaia and will care about what happens to them.

I also hope that my adult readers will enjoy reading these books to their children or other kids they might know. As it’s coming up to Mother’s Day, Bookends are running a competition to win a copy of THE CRYSTAL RUN along with a paperback copy of MY MOTHER’S SECRET, which is out in Ireland and published next week in the UK. Hopefully, the children you give the former to, will be occupied enough so you can have some time to enjoy the latter this Mother’s Day!

To enter, just email bookends@hachette.co.uk with your mailing address under the subject line ‘Secret/Crystal’. Full T&Cs can be read here. Good luck!

THE CRYSTAL RUN is available to pre-order here and you can buy MY MOTHER’S SECRET here.

… read about the books on Sheila’s bedside table 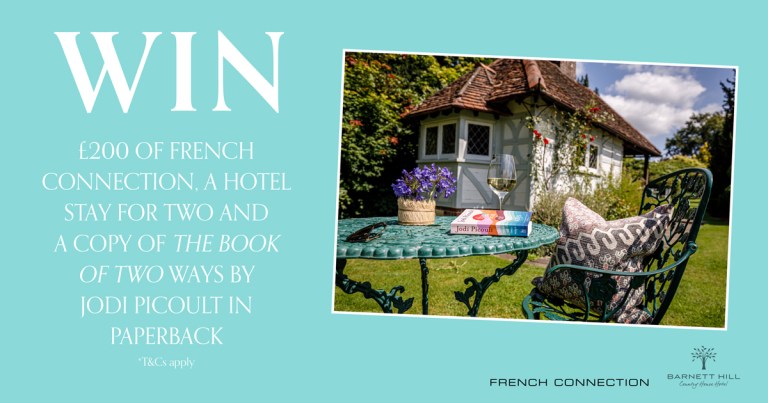