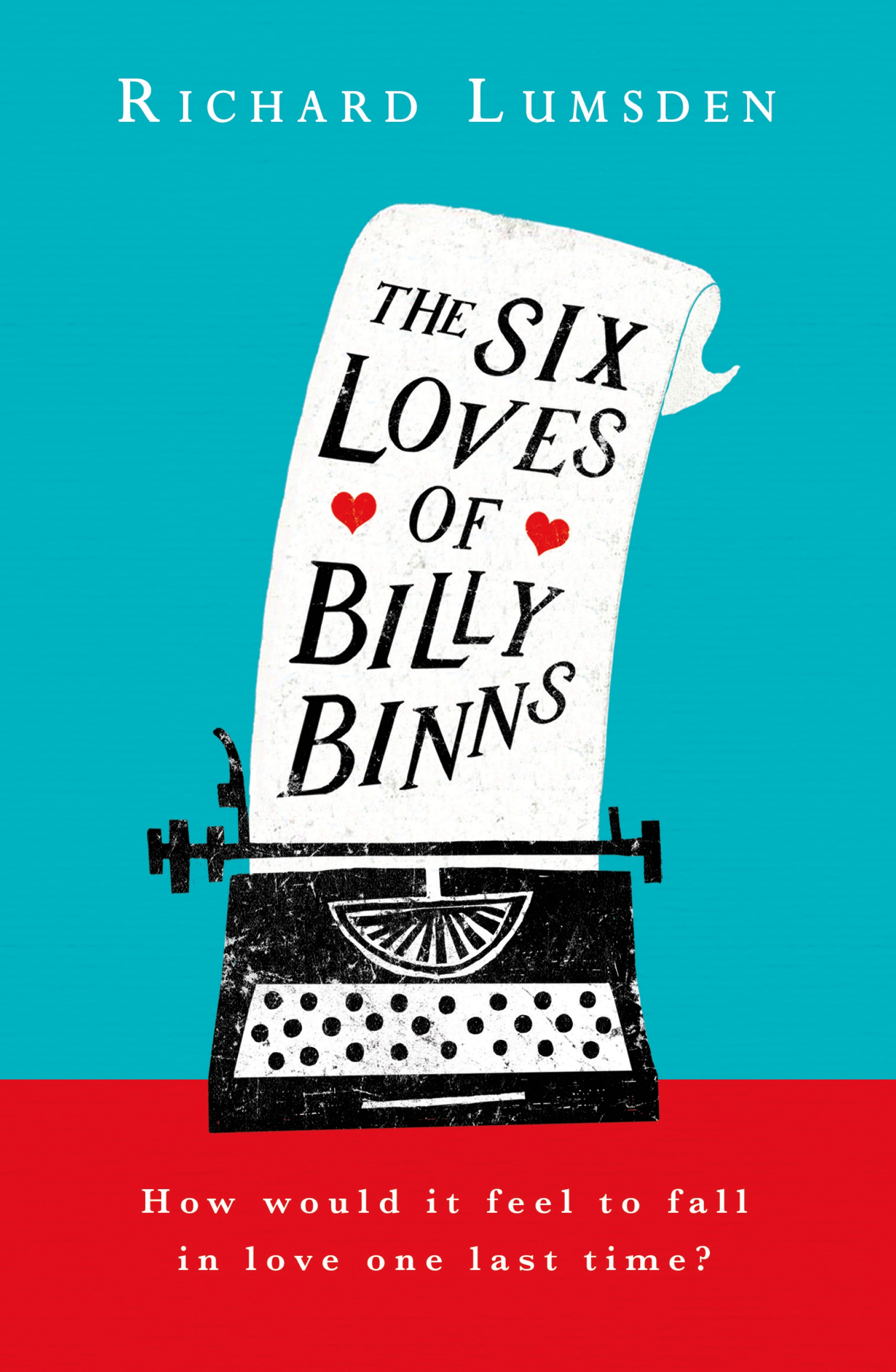 We asked our Friends of Bookends panel what they thought of The Six Loves of Billy Binns, the debut novel by Richard Lumsden. This is what they said . . .

I’m going to get one negative out of the way in my review of The Six Loves of Billy Binns. I found some of the language rather crude, especially when associated with Clem or referring to parts of the female anatomy, and as I am very broad minded I feel that might be an issue for some readers. That said, this particular lexicon is era appropriate and so I can see how it is used to convey the past. It just didn’t suit always my reader preferences.

That small negative aside, there is, in contrast, frequently quite a poetic turn of phrase that I did love, especially through the descriptions of setting or appearance so that I could picture things very vividly. References to nature in particular had a beautiful quality. I also thought the variety of sentence structure was very well constructed. Single sentence paragraphs exemplify the speed of some thoughts and memories perfectly, whilst occasional ellipsis conveys the difficulty Billy sometimes has in grasping his past. I especially liked the structure of the book, almost as a traditional five act play with its five parts, and the blurring of lines between Billy’s memories and his present situation gave a chimerical feeling which I felt went well with the way Billy has to reinvent himself at times in his life.

From a slightly shaky start I ended up really enjoying The Six Loves of Billy Binns. I was expecting more humour, but not as much pathos and at times I found Billy’s story quite heartbreaking, particularly with regard to Evie. I thought the way Richard Lumsden showed how fate intervenes and our paths follow a direction we neither ask for nor want at times, was sensitively presented so that although Billy does make mistakes, very often he had far more of my sympathy than disapprobation. The more I read, the more Billy became a believable, human and empathetic character. The loves he describes felt completely believable to me.

Reading The Six Loves of Billy Binns made me feel quite melancholic as a result of the poignancy behind Billy’s memories. I wanted so much more for him than he appeared to achieve and yet the ending of the book has an encouragingly uplifting quality in spite of all Billy’s experiences and frequent errors of judgement.

Richard Lumsden weaves social history into The Six Loves of Billy Binns very effectively. I really enjoyed the backdrop of the two world wars, the swinging sixties and so on. I thought the themes of race and gender, domestic violence, war and class structure all added to the layers so that historical times leapt from the page.

This is the debut novel of a well established, recognisable actor. Soon, I hope to be well established author, as this is an accomplished first effort. On first inspection , I thought this would be a fairly light, amusing read. What is found was surprisingly different. The settings between the present and the past, are startlingly different, which allows the reader to enter into the very core of the protagonist.

The descriptions of the war scenes are as realistic as they are harrowing, reminiscence of Birdsong by Sebastian Faulkes. The author has really got under the skin of Billy Binns, painting vivid images of Billy’s life, and somewhat unreliable memory. In some aspects it is also similar to All that Been Said by Anne Griffin even down to the narrative been directed to the son, though Loves are the crucial subject matter and not Toasts. Missed opportunities figure largely in both. This,though, is an entirety original work resulting with highly emotional theme being handled with a deft hand. Billy’s recollections of his past experiences and people he has loved may be sketchy but they are well drawn and they have imprinted themselves on my mind, for a very long time to come. Narrative relating to Archie, his son are particularly heartbreaking. I thoroughly recommend this read.

A stunning and intensely moving fictional life story of the centenarian Billy Binns. It takes through the highs and lows, loves and loses of a life lived to the full, a real case of warts and all. His story is woven skilfully alongside his last stopping place, an old peoples homes set for closure and conversion into luxury flats. I found his picture of the first World War, high above the trenches in an observation balloon, particularly harrowing. It brought home the death and despair in a way only fiction can.

Returning home to London, injured and unloved, we learn how his love life soared and dipped, most painful of all losing his Evie through his infidelity when she was his ‘forever girl’

Billy gives is glimpses of ordinary life and times seen through his eyes – Walking up Lime Grove, four lads with long hair get out of a fancy car outside the BBC studio with a crowd of girls screaming at them.

The pace slackens as he moves towards death, the only question remaining is was Evie really his forever girl?

Have you ever been into a nursing home? Seeing all the little white heads nodding in their chairs in front of a blaring television, it’s easy to forget that they have lived interesting – and maybe even scandalous lives. The Six Loves of Billy Binns took all my casual stereotypes of elderly people and blasted them into pieces.

Billy Binns is the oldest man in Europe and currently resides in a nursing home in London. Inside his head however, he relives his life and relives the five people who left marks on his heart. Billy is born at the turn of the century and his story begins just before WW1. Billy signs up underage and proves himself to be quite the hero. No problem with that; a nice old man recounting his war stories. It’s when Billy moves on to his second love, his ‘forever girl’ Evie that my opinion of him began to change and I began to look at the elderly narrator Billy in a more critical light.

Richard Lumsden has created a very clever novel. I thought it was going to be relatively light-hearted and bitter-sweet. Yet what I was presented with was an old man who had made many mistakes and hurt many people. And yes, it made me look back at those sweet old people dozing in front of the TV and see them as the people they are: The complex, sometimes unpleasant people that we all are. 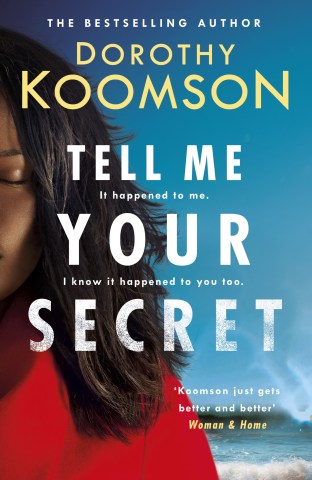 Tell Me Your Secret by Dorothy Koomson | Friends of Bookends Reviews 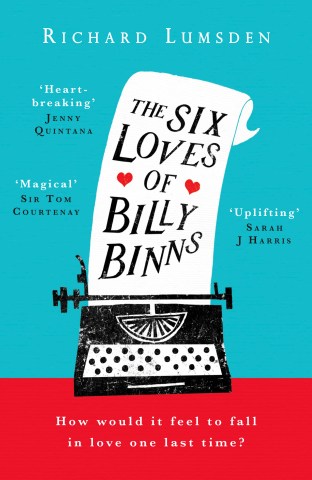 The Six Loves of Billy Binns by Richard Lumsden 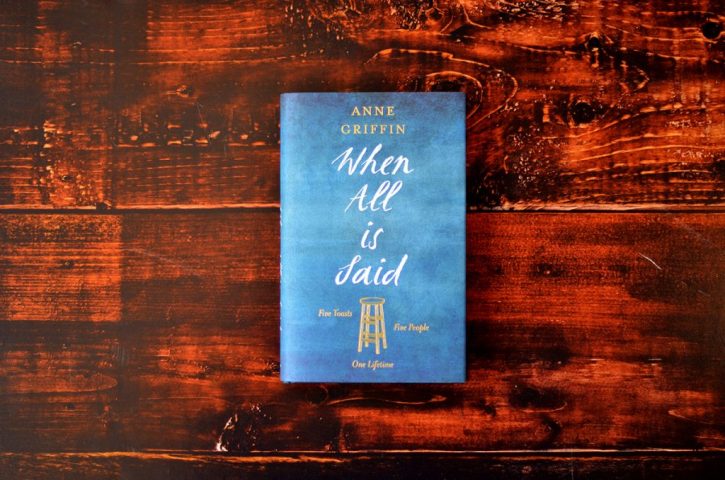 When All Is Said by Anne Griffin | Friends of Bookends Reviews 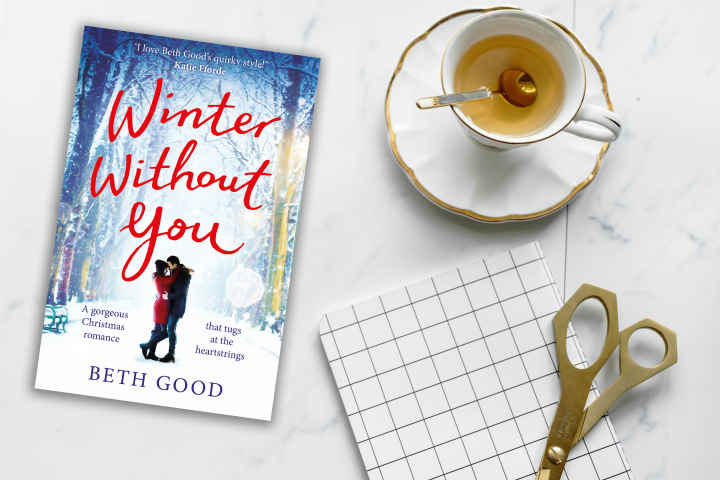 Friends of Bookends recommend Winter Without You by Beth Good