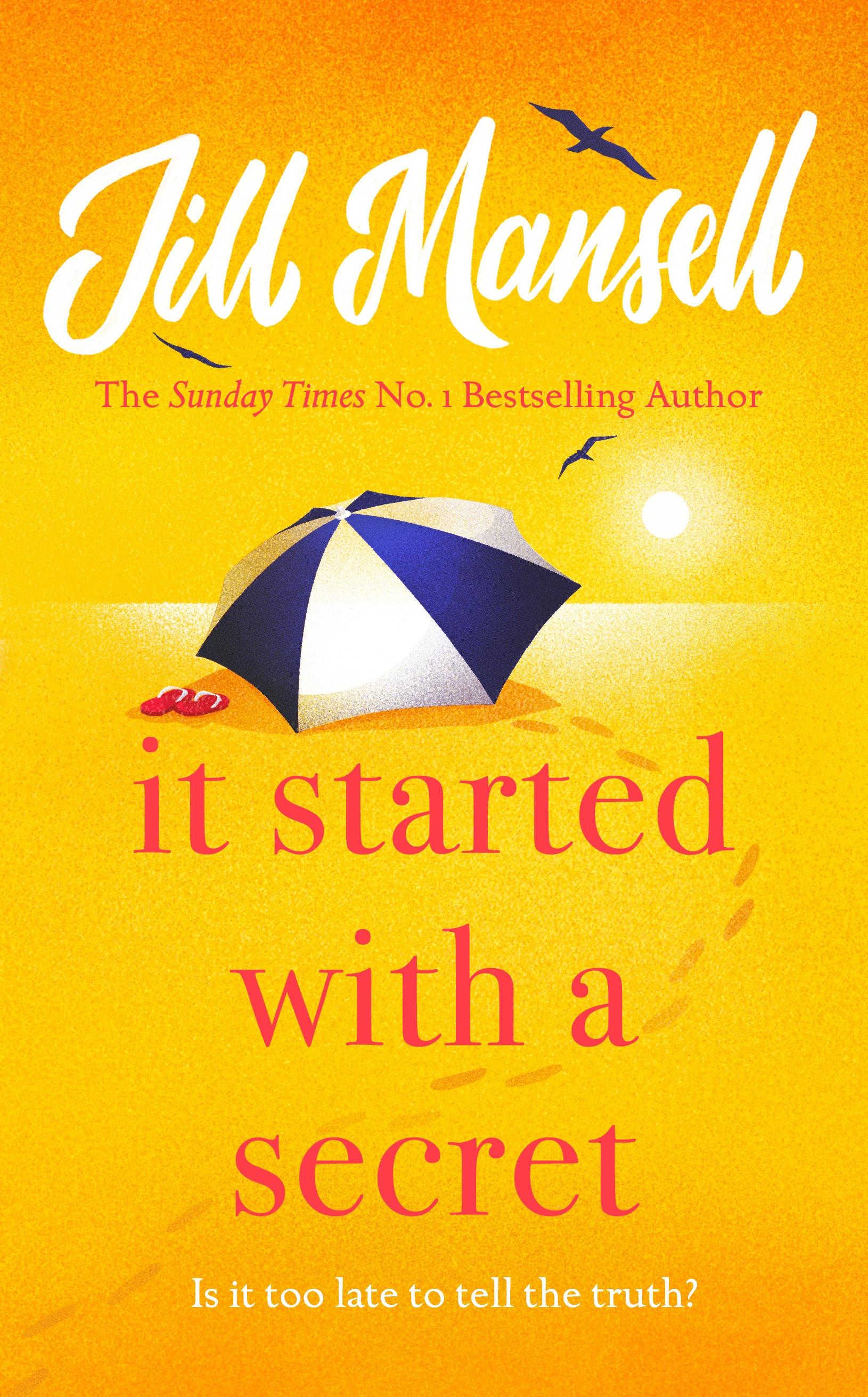 OK, so a book review of a light-hearted novel by Jill Mansell is probably not the most appropriate place to mention politics. So I won’t. Except to say that,as always when I need comfort, the day after the General Election I turned to a book. Thank heavens it was It Started With A Secret, and not a story set in a dystopian…present. Anyway. You know what you will get with Jill Mansell and, despite the many novels under her belt, she does not rest on her laurels and this latest offering will please die-hards and new fans alike.

This is a satisfyingly long offering with a madcap cast of characters who are on the believable side of zany. Balancing this is a setting which is vividly described without being over-the-top. Although the characters are numerous, I never felt there were too many and they were all fleshed-out well. I have to give particular credit to Mansell for her depiction of the autistic children, I hadn’t previously encountered autistic book characters who felt like the people I have met in real life. I would recommend this novel to anyone who needs to be swept away in a good story (political calamities or not!)

Once again Jill Mansall has set her latest novel in the seaside town of St Carys, Cornwall, a place she loves so much its the third time she’s visited the area.

Read in the depth of a cold, damp winter, the setting is one of escapism,transporting the reader to a warmer climate and stunning scenery.- the book equivalent to TV’s Death in Paradise.

The range of characters, the various ages and situations means the reader can sympathise/ empathise with a least one of them.

Over the course of the novel, the misunderstandings and secrets, propel the story along as the main protagonists,Lainey, Kit, Seth, Richard and Majella each bring realism to the storyline.

I did wonder at one point what had happened to Kit, as being a centre character he dropped out of view for a large part of the story only returning to tie up loose ends

There was a few ‘really’ moments- where I thought events stretched my imagination and the twists and surprises were rather telegraphed.

The outcome of Lainey and Seth was a forgone conclusion, and  all other conflicts and difficulties were resolved, but that is what the reader of this genre wants – a satisfactory, ending- and the author delivers.

A romantic read that also shows the importance of friendship.

Get your copy of IT STARTED WITH A SECRET by Jill Mansell today!