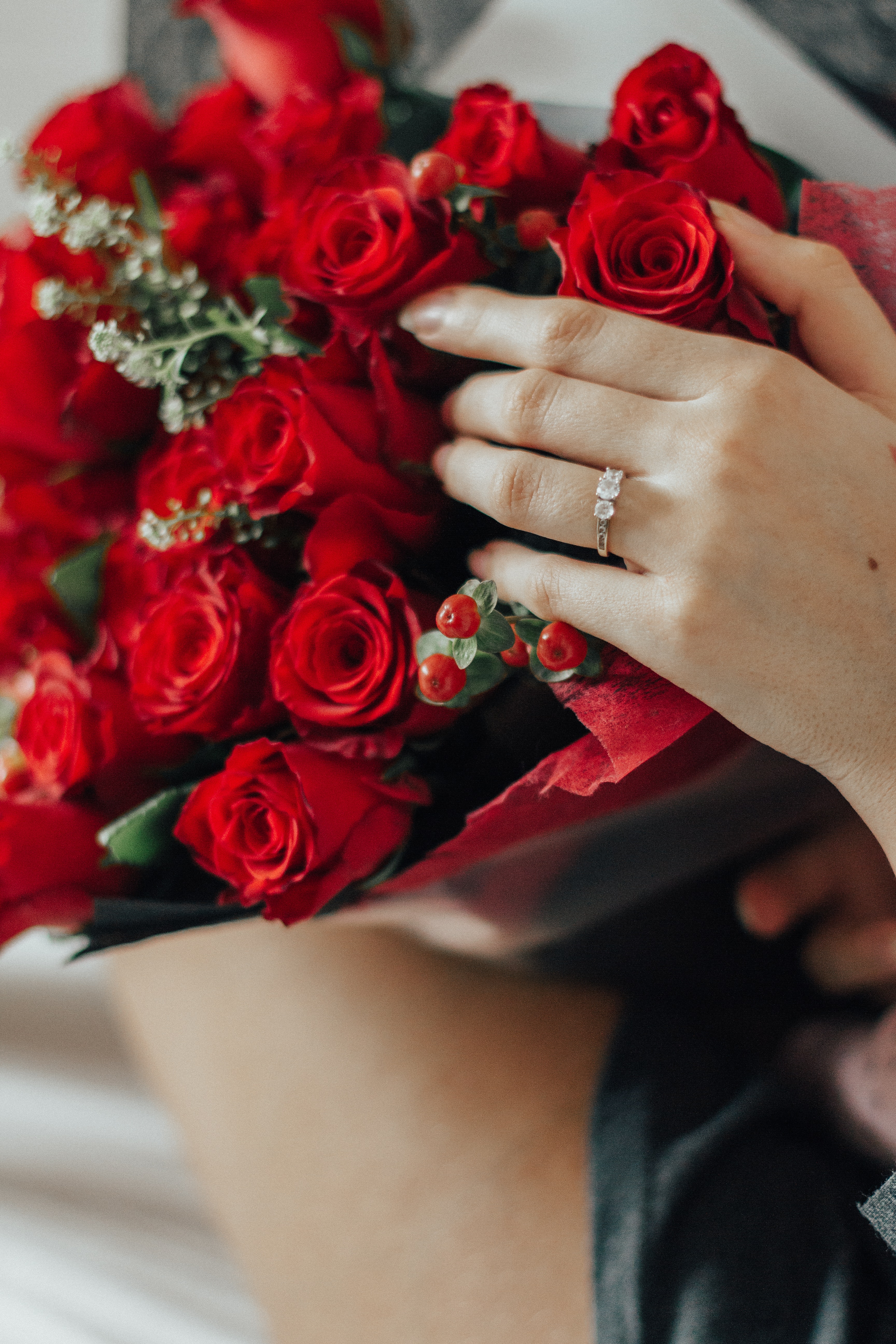 You remember the scene, I’m certain – it’s engraved upon all our memories given how long we waited for ‘the moment’. A darkened room, lit by a multitude of flickering candles, a romantic ambience worthy of any marriage proposal and a nervous female awaiting his arrival. ‘You wanted it to be a surprise,’ she says, her voice choked with emotion. The audience whoop and gasp as she lowers herself on to bended knee and looks up into his expectant face.

‘Chandler, in all my life, I never thought I’d be so lucky as to fall in love with my best …’ she stammers, amidst her emotional outpouring, before pausing and tearfully adding, ‘There’s a reason why girls don’t do this!’

Monica’s very honest statement is Chandler’s signal to take over the proceedings and propose in the tradition manner.

My question is: ‘Is there a reason why girls don’t do this?’ Is it because we’re simply too emotional to propose without crying? Is it because ‘the moment’ is deemed so precious within social values that females feel too vulnerable to ask for fear of rejection? Or is it the ultimate dividing line between gender equality? Putting it simply, in 2020 does it firmly remain the man’s role in a heterosexual relationship to determine when, where and how long into a relationship he proposes marriage?

My latest book, Taking a Chance on Love, highlights this particular theme. My story features three independent, successful and sassy women – each with differing views on relationships and marriage. Each woman knows her own mind and lives her life as she deems fit. Carmen can’t wait to be married, Polly is not interested and Dana has no one to ask. With the 29th February fast approaching and, given the tradition of a Leap Year, will any of them propose and change their fate with one single question?

It’s a tradition which began centuries ago, with the additional leap day null and voiding all social rules. According to an old Irish legend, St Brigid made a deal with St Patrick allowing women to propose to men – every four years. So, 29th February is observed as Bachelor’s Day in Ireland, enabling women to initiate courtship and propose marriage, if they wish. Should her proposal be rejected, the male was expected to buy the lady an expensive silk gown by way of an apology.

But would you propose? I’ll be honest – I wouldn’t. I’ve conducted plenty of research over the past year and have asked a fair number of women – the majority repeating my answer of ‘no’. Just three women said they would propose, if it were necessary. Obviously, my next question was how?

In my head, I grew up dreaming of the prefect proposal, whether on bended knee or not, but my expectations were run of the mill: moonlight, whispered sweet nothings, tenderness and hopefully a ring box quickly retrieved from an inside pocket. (Or plans to choose and purchase together in the coming days.) My expectations also included the male making his proposal, telling me the hows, the whys and the wherefores of this life changing decision.

The answer which I learned from my three brave ladies was that they would send a beautiful card with the proposal written inside, organize an aeroplane to trail-blaze a huge banner and the third female suggested a romantic meal for two where a celebration cake arrived with the big question iced across the top.

What struck me was that none of my three ladies would actually go down on bended knee and ask her man outright! Each one would chose an ‘indirect’ method of asking him. I wondered if this was deemed acceptable and would the males accept such an indirect proposal? Several men said they would have been shocked if their partners had proposed – they’d always felt it was their role in the relationship. One man was honest enough to say he would have accepted his partner’s proposal if she’d asked, but would wish for his young daughter to receive a traditional proposal from any future son-in-law. Some men felt that their masculinity was at stake, whilst others suggested it would be the most flattering compliment ever received. The males seemed divided on a range of aspects, unlike the majority of females.

So, was Monica right all along? I suspect she could be. I can only speak for myself, but I believe that as a little girl I dreamt of ‘the moment’ and that all my Disney-film viewing had reinforced that expectation. I truly believed that one day my prince would arrive and sweep me off my feet with a traditional proposal. I never witnessed Cinderella reverse the roles and produce a ring box while Prince Charming gave a resounding ‘yes’. Or maybe that’s a future Disney production currently in the making, who knows?

Maybe every proposal, be it Leap Year or otherwise, comes down to a mutual understanding of love and respect in a manner befitting each specific couple, regardless of gender or sexual orientation.

All that’s left for me to say is good luck and best wishes to anyone, male or female, planning to propose this Leap Year. Practice your lines, make your memories, and I wish you the very best for a loving future.