Treat yourself this December with these bargainous ebooks!

iBooks FREE book of the week from 11th-17th December!

A hilarious and heartfelt comedy romp! Perfect for fans of Jo Thomas and Lucy Diamond.

It’s the last thing she expected from an innocent interview, but before she knows it, sweet, naïve Melissa has just accepted a job for an escort agency! Well, she needs the cash, and you can’t deny that it sounds like a lot of fun. And what harm can providing lonely men with stimulating conversation over dinner do? You’ll be surprised!!

‘If you like the Shopaholic series, you’ll love the Little Lady’ Amazon Reviewer

A Fireside Dream by Abby Clements

99p for the whole of December!

Amelia Grey has a dream: toasting chestnuts by the fire with her husband Jack in their very own cosy cottage.

Their real life is another world – a cramped one-bedroom flat in Hackney. But when life takes a surprising turn, removal vans are soon heading to the Kent countryside.

They soon realise the cottage makeover is a far bigger project than they’d anticipated, and as Amelia begins to strip back the wallpaper and fittings she discovers much more than she anticipated: a hidden secret. As Amelia’s ideas about love and family change, will her fireside dream finally come true?

Curl up this Christmas with this absolutely gorgeous wintry tale, perfect for fans of Heidi Swain, Erin Green and Debbie Johnson 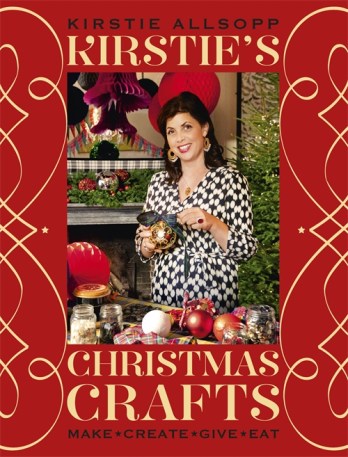 Nothing shows how much you love someone more than a handmade gift, card or decoration. And the pleasure is just as much in the planning and making as it is in giving and receiving.

In this ultimate celebration of Christmas, Kirstie has brought together over 50 of her favourite festive projects to make, bake and create. 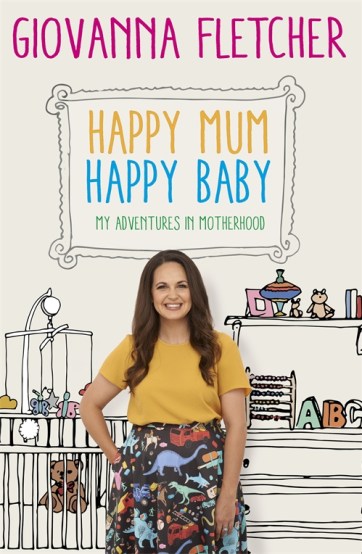 A positive and uplifting book about what it is to be a mother and all things mum and baby by Celebrity Mum of the Year and phenomenally popular vlogger, author, TV presenter and actress Giovanna Fletcher. 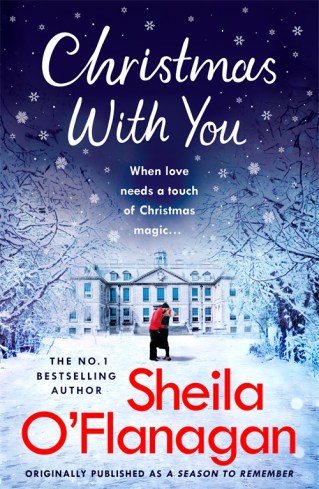 Christmas With You by Sheila O’Flanagan

The Sugar Loaf Lodge welcomes you in to warm yourself by the fire as the snow falls softly down. You’ll find yourself immediately at home, bathed in the magic of this romantic hotel as it reveals the secrets and dreams of its guests.

Sheila O’Flanagan’s Christmas With You is ideal festive reading for fans of Veronica Henry, Carole Matthews and Marian Keyes. These enchanting linked stories from the No. 1 bestselling author bring to life one unforgettable Christmas full of surprise twists, life-changing moments… and love. 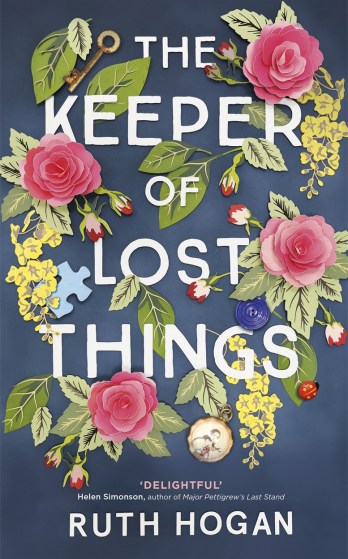 The Keeper of Lost Things by Ruth Hogan

Meet the ‘Keeper of Lost Things’…
Once a celebrated author of short stories now in his twilight years, Anthony Peardew has spent half his life collecting lost objects, trying to atone for a promise broken many years before.

Realising he is running out of time, he leaves his house and all its lost treasures to his assistant Laura, the one person he can trust to fulfil his legacy and reunite the thousands of objects with their rightful owners.

‘The first book I read in 2017 – and if another as good comes along in the next 12 months, I’ll eat my special gold reviewing spectacles’ Daily Mail 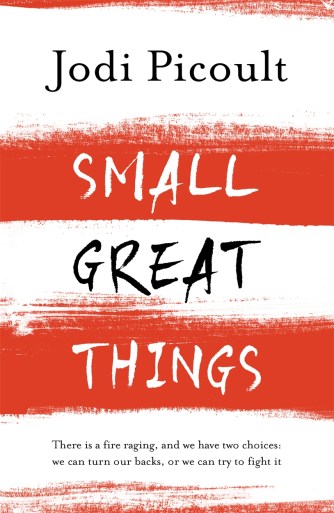 The best books make you see differently. This is one of them. The eye-opening new novel from Jodi Picoult, with the biggest of themes: birth, death, and responsibility.

When a newborn baby dies after a routine hospital procedure, there is no doubt about who will be held responsible: the nurse who had been banned from looking after him by his father.

What the nurse, her lawyer and the father of the child cannot know is how this death will irrevocably change all of their lives, in ways both expected and not.

Small Great Things is about prejudice and power; it is about that which divides and unites us.

It is about opening your eyes. 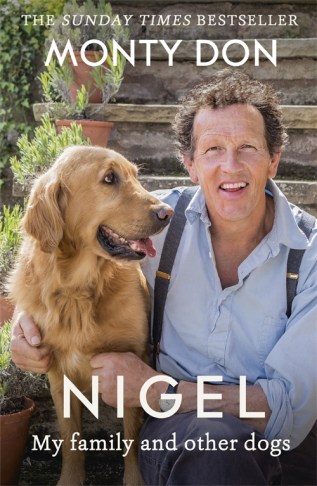 Nigel: my family and other dogs by Monty Don

When Monty Don’s golden retriever Nigel became the surprise star of BBC Gardeners’ World inspiring huge interest, fan mail and his own social media accounts, Monty Don wanted to explore what makes us connect with animals quite so deeply.
In many respects Nigel is a very ordinary dog; charming, handsome and obedient, as so many are. He is also a much loved family pet. He is also a star.
By telling Nigel’s story, Monty relates his relationships with the other special dogs in his life in a memoir of his dogs past and very much present.
Witty, touching and life-affirming, Nigel: My family and other dogs is wonderfully heart-warming. Monty Don is a great writer coming out of the garden and into the hearts and homes of every dog lover in the UK. 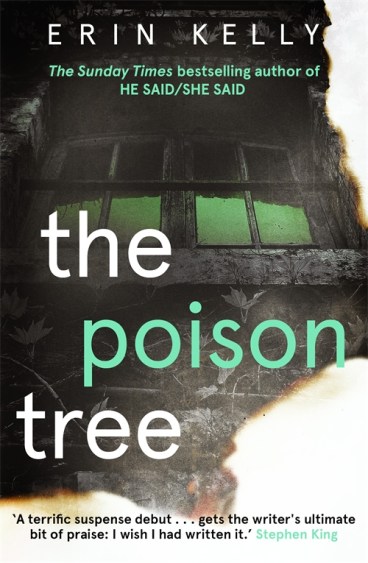 The Poison Tree by Erin Kelly

By the end of that summer, two people would be dead… Fans of In A Dark Dark Wood and Disclaimer will love this twisty thriller.

I have given up so much and done so many terrible things already for the sake of my family that I can only keep going.

I do not know what is going to happen to us.

I am frightened, but I feel strong.

I have the strength of a woman who has everything to lose.

She was quickly drawn into Biba’s world, and for a while life was one long summer of love.

But every summer must end. By the end of theirs, two people were dead – and now Karen’s past has come back to haunt her . . . 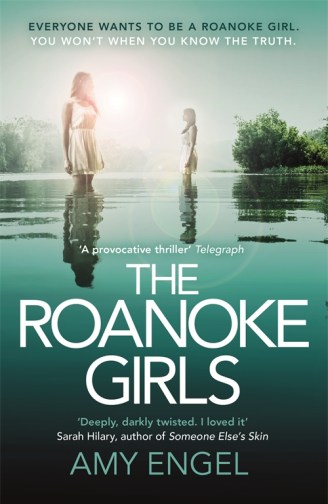 The Roanoke Girls by Amy Engel

‘Roanoke girls never last long around here. In the end, we either run or we die.’

The girls of the Roanoke family – beautiful, rich, mysterious – seem to have it all. But there’s a dark truth about them that’s never spoken.

Lane is one of the lucky ones. When she was fifteen, over one long, hot summer at her grandparents’ estate in rural Kansas, she found out what it really means to be a Roanoke girl. Lane ran, far and fast. Until eleven years later, when her cousin Allegra goes missing – and Lane has no choice but to go back.

She is a Roanoke girl.
Is she strong enough to escape a second time? 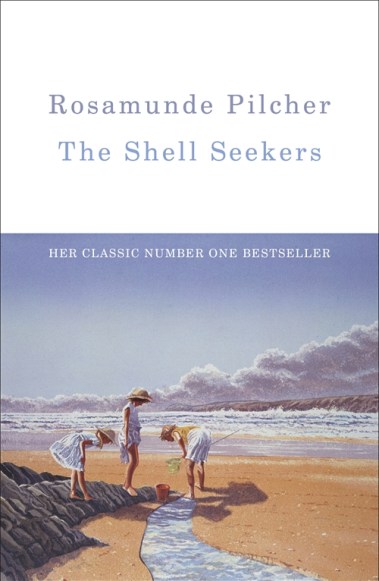 The Shell Seekers by Rosamunde Pilcher

Artist’s daughter Penelope Keeling can look back on a full and varied life: a Bohemian childhood in London and Cornwall, an unhappy wartime marriage, and the one man she truly loved. She has brought up three children – and learned to accept them as they are.

Yet she is far too energetic and independent to settle sweetly into pensioned-off old-age. And when she discovers that her most treasured possession, her father’s painting, The Shell Seekers, is now worth a small fortune, it is Penelope who must make the decisions that will determine whether her family can continue to survive as a family, or be split apart. 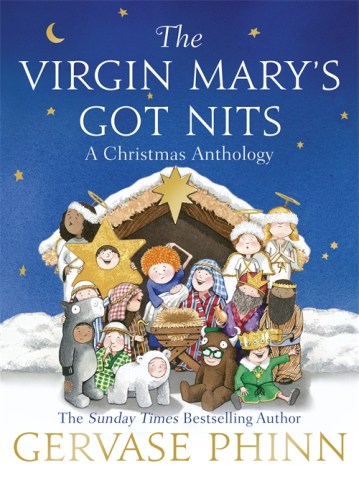 The Virgin Mary’s Got Nits by Gervase Phinn

A touching and hilarious gift book of poetry and prose on the subject of children and Christmas from the Yorkshire school inspector and bestselling author of the Dales series and Little Village School series.