Start 2018 off right with some brilliant bargains.

Elfrida Phipps loves her new life in her pretty Hampshire village. She has a tiny cottage, her faithful dog Horace and the friendship of the neighbouring Blundells – particularly Oscar – to ensure that her days include companionship as well as independence. But an unforeseen tragedy upsets Elfrida’s tranquillity: Oscar’s wife and daughter are killed in a terrible car crash and he finds himself homeless when his stepchildren claim their dead mother’s inheritance.

Oscar and Elfrida take refuge in a rambling house in Scotland which becomes a magnet for various waifs and strays who converge upon it, including an unhappy teenage girl. It could be a recipe for disaster. But somehow the Christmas season weaves its magical spell and for Elfrida and Oscar, in the evening of their lives, the winter solstice brings love and solace. 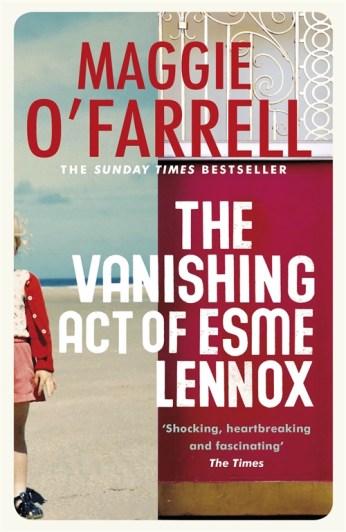 The Vanishing Act of Esme Lennox by Maggie O’Farrell

From the Costa Award winning, bestselling author of THIS MUST BE THE PLACE and I AM, I AM, I AM, comes an intense, breathtakingly accomplished story of a woman’s life stolen, and reclaimed.

Edinburgh in the 1930s. The Lennox family is having trouble with its youngest daughter. Esme is outspoken, unconventional, and repeatedly embarrasses them in polite society. Something will have to be done.

Years later, a young woman named Iris Lockhart receives a letter informing her that she has a great-aunt in a psychiatric unit who is about to be released.

Iris has never heard of Esme Lennox and the one person who should know more, her grandmother Kitty, seems unable to answer Iris’s questions. What could Esme have done to warrant a lifetime in an institution? And how is it possible for a person to be so completely erased from a family’s history?

The Year of Saying Yes by Hannah Doyle

It’s drizzling outside, which totally matches my #currentmood. Pigs in blankets, all the mince pies and a festive Baileys or five are distant memories. You know the drill – it’s January. Everyone’s banning booze (terrible idea) or cutting carbs (impossible). To add to the misery pile, my plans to seduce the man of my dreams at the stroke of midnight flopped spectacularly.

I’m Izzy. I don’t just need a New Year resolution, I need a whole new life. And I need YOU. My dreary life is about to get a total makeover – it’s my ‘Year of Saying Yes’. And this is where you come in. It’s up to you to #DareIzzy. I’m saying yes to your challenges, no matter how nuts, adventurous or wild they are. The sky’s the limit – I’m at your mercy, readers!

Wish me luck. I have a feeling I’m going to need it.

The More You Ignore Me by Jo Brand

Jo Brand’s life-affirming novel The More You Ignore Me addresses mental health issues and their impact on a family in an honest, hilarious and heartwarming way.

For Alice, the big bad monster wasn’t green and hiding under the bed, it sat in the kitchen saying ‘bollocks’ a lot. Prone to psychotic episodes, or ‘on the road to bonkersville’ as Alice’s dad would say, Alice’s mum Gina isn’t easy to live with. Her unpredictable outbursts make life in their Hereford cottage eventful. As ‘family’ means a mentally ill mother, a hippy father and grandparents who enjoy a drink or five, Alice needs someone to help her through. Unfortunately, Alice’s special someone is Morrissey of The Smiths, and the closest she’s got to him so far is watching him on Top of the Pops. But that could all be about to change . . . 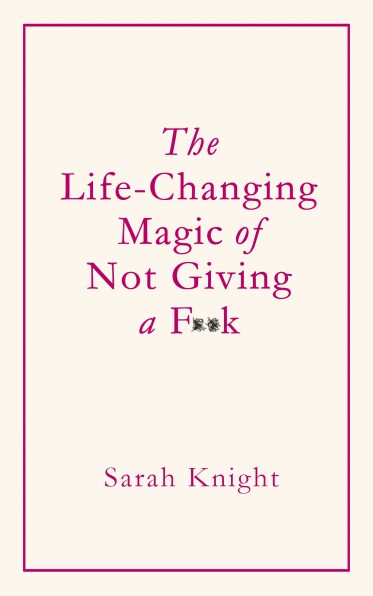 How to stop spending time you don’t have with people you don’t like doing things you don’t want to do.

The bestselling book everyone is talking about, revealing the surprising art of caring less and getting more.

Are you stressed out, overbooked and underwhelmed by life? Fed up with pleasing everyone else before you please yourself? Then it’s time to stop giving a f**k.

This irreverent and practical book explains how to rid yourself of unwanted obligations, shame, and guilt – and give your f**ks instead to people and things that make you happy.

With a bonus section on how to save your sanity over the holiday season, the simple ‘NotSorry Method’ for mental decluttering will help you unleash the power of not giving a f**k and will free you to spend your time, energy and money on the things that really matter.

Before We Were Yours by Lisa Wingate

‘If I could give this book 50 stars I would. I couldn’t put it down and couldn’t get it out of my mind’ Amazon Reviewer

Twelve-year-old Rill Foss and her four younger siblings live a magical life aboard their family’s Mississippi River shantyboat. But when their father must rush their mother to the hospital one stormy night, Rill is left in charge, until strangers arrive in force. Wrenched from all that is familiar and thrown into a Tennessee Children’s Home Society orphanage, the Foss children are assured that they will soon be returned to their parents. But they quickly realize the dark truth…

Born into wealth and privilege, Avery Stafford seems to have it all: a successful career, a handsome fiancé, and a lavish wedding on the horizon. But when Avery returns home to help her father weather a health crisis, a chance encounter leaves her with uncomfortable questions and compels her to take a journey through her family’s long-hidden history, on a path that will ultimately lead either to devastation or to redemption.

Based on one of America’s most notorious real-life scandals, in which Georgia Tann, director of a Memphis-based adoption organization, kidnapped and sold poor children to wealthy families all over the country, Before We Were Yours is a riveting, wrenching and ultimately uplifting tale.