Ebook bargains from only 99p!

The Letter by Kathryn Hughes

The #1 EBook Bestseller. Every so often a love story comes along to remind us that sometimes, in our darkest hour, hope shines a candle to light our way. Discover THE LETTER by Kathryn Hughes, the Number One bestseller that has captured thousands of hearts worldwide. Perfect for fans of The Notebook by Nicholas Sparks. ‘A wonderful, uplifting story’ Lesley Pearse

Tina Craig longs to escape her violent husband. She works all the hours God sends to save up enough money to leave him, also volunteering in a charity shop to avoid her unhappy home. Whilst going through the pockets of a second-hand suit, she comes across an old letter, the envelope firmly sealed and unfranked. Tina opens the letter and reads it – a decision that will alter the course of her life for ever…

Billy Stirling knows he has been a fool, but hopes he can put things right. On 4th September 1939 he sits down to write the letter he hopes will change his future. It does – in more ways than he can ever imagine…

The Letter tells the story of two women, born decades apart, whose paths are destined to cross and how one woman’s devastation leads to the other’s salvation.

No one said the journey to motherhood was easy . . .

Increased face-girth, back acne and gagging every time she’s in the presence of vegetables isn’t quite the beautiful start Emily had planned for her unborn baby . . .

Molly’s unexpected pregnancy somehow turns her boyfriend into the poncy-vegan-nut-milk-enforcer, but she breezes it, as she breezes everything. (Including still being able to eat avocados much to Emily’s annoyance.)

Liz quickly realises if she’s to move her life on, she needs to get rid of the married man she’s in love with – especially now she’s realised he’s been hiding more than his wedding ring . . .

In 1968, Donald Crowhurst was trying to market a nautical navigation device he had developed, and saw the Sunday Times Golden Globe round the world sailing race as the perfect opportunity to showcase his product.
Few people knew that he wasn’t an experienced deep-water sailor. His progress was so slow that he decided to short-cut the journey, while falsifying his location through radio messages from his supposed course.

Everyone following the race thought that he was winning, and a hero’s welcome awaited him at home in Britain. But on 10 July 1968, eight months after he set off, his wife was told that his boat had been discovered drifting in mid-Atlantic. Crowhurst was missing, assumed drowned, and there was much speculation that this was one of the great mysteries of the sea.

In this masterpiece of investigative journalism, Nicholas Tomalin and Ron Hall reconstruct one of the greatest hoaxes of our time. From in-depth interviews with Crowhurst’s family and friends and telling excerpts from his logbooks, Tomalin and Hall develop a tale of tragic self-delusion and public deception, a haunting portrait of a complex, deeply troubled man and his journey into the heart of darkness. 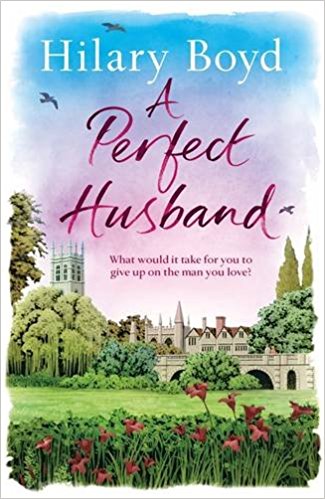 A Perfect Husband by Hilary Boyd

What would it take for you to give up on the perfect husband?

Thought-provoking, emotional women’s fiction from the author of #1 EBOOK BESTSELLER, THURSDAYS IN THE PARK.

Lily and Freddy have a wonderful relationship: passionate and fun. Freddy taught her to love again after the death of her father. But then Freddy becomes tense, snappy and distracted. Is he having an affair? The truth turns out to be much worse…

Freddy is addicted to gambling. He owes hundreds of thousands of pounds to loan companies; he’s been helping himself to money from his own company, which has now gone bust; and worst of all, his wife’s money – given to him to invest – is gone. Devastated, Lily leaves him, and moves to stay with her sister in Oxford. There, among the dreaming spires, she will clear her head of Freddy and try to figure out how to move on.

But being away from Freddy is far harder than she’d thought. He promises to get help, but can he really ever be cured of his addiction? How can Lily trust him again – surely, after the heartache he’s caused her, she would be far better off walking away and starting again? The truth is, she is as addicted to Freddy as he is to gambling – and she’s not sure she even wants to be free.

‘A real page-turner, with a fast, credible plot and interesting characters’ 5* reader review.